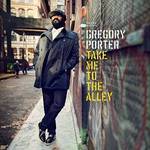 Gonna go Jazzy for a minute on this weeks show and feature the wonderful new album from Gregory Porter, called; "Take Me To The Alley." I have to admit I was little slow to catch on to Gregory but wow  -  this new album is amazing  - songs of depth and meaning paired with quality productions all you have to do is give it a chance and I guarantee you won't regret it.

As I wrote this, I have received the news that Funk pioneer Bernie Worrell has died after a long battle with cancer. He was a founding member of the Parliament/Funkadelic family.  Bernie's influence spread around the world as the organisations main keyboard player he was not only technically a great musician he was creative and charismatic. RIP Bernie your influence and legacy will out live us all.

Just looking at this weeks playlist will tell you I was feeling kinda-old-school, but I did manage to squeeze in the new release from Stuart Mathier, entitled "This Is Serious," also one side of the new Soul Junction re-issue from MacArthur called "It's Real," the other side will be coming atcha next week. Maison Music - Nothing But You
Stuart Mathier - This Is Serious
Joe Leavy - De Ja Vu
The Jacksons - Find Me A Girl
Winfree - Back To Were It Started
Q Harper - Pretty Lady
R Kelly - One Step Closer
Gregory Porter - Don't Be Afraid
Gregory Porter - French African Queen
Willie Hutch - Don't Let Nobody ... To Do Your Thing
Archie Bell & The Drells - It's Hard Not To Like You
Chi-Lites - Living In The Footsteps Of Another Man
Isaac Hayes - The Storm Is Over 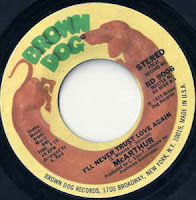 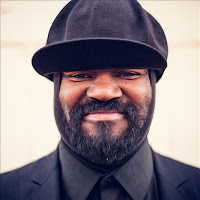 Jazz, soul, and gospel singer, songwriter, and actor Gregory Porter was born in Los Angeles, California but grew up in Bakersfield, California, where his mother was a minister. As a child, he fell under the spell of his mother's records, learning to imitate and sing like Cole, but his early aspirations were in sports. He was awarded a football scholarship to attend San Diego State University, but after an injury to his shoulder derailed his sports career, he began performing in local jazz clubs, which is where he met saxophonist, composer, and pianist Kamau Kenyatta.Kenyatta became Porter's mentor, introducing him to flutist Hubert Laws, who featured Porter's vocals on a track on his 1998 album Hubert Laws' Remembers the Unforgettable Nat King Cole. Laws' sister, Eloise Laws, heard Porter during the studio sessions and was impressed with his singing; he helped him get cast as one of the leads in a new musical It Ain't Nothing But the Blues, which eventually enjoyed a run on Broadway.
(more at Allmusic)
Posted by Mickey Nold