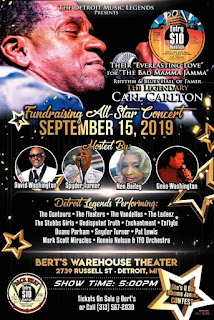 Welcome to this weeks Science of Soul!
The place to be this September 15th, is Bert's (Club) in Detroit because the Detroit music community has come together in support of Carl Carlton who recently suffered a stroke. It's truly inspiring how the Detroit artists come together to support each other. It's gonna be a great event if you can make it I urge you to do so. Flyer enclosed.

I have quite a mix of new/recent releases and back in the day classics on on this weeks show, be sure to check out London based Matthew Winchester and French soulman Ben L'Oncle Soul, both have great new tracks. Its good to see O'Bryan back with a new single I'm looking forward to the album.

Ok it's music time sit back and relax .. PS  join me new week where my guest on the show live, will be R&B singer Natasha Watts.


Hour Two
The Whispers - Don't Be Late For Love 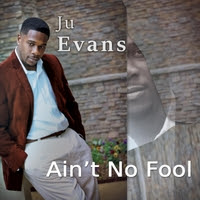 Impact - Sister Fine
Dazz Band - Hello Girl
Gift Of Dreams - One In All
Ju Evans - Ain't No Fool
Bigg Robb - That's My Job
Brenda & The Tabulations - Take It ..
.. Or Leave It
Ben L'Oncle Soul - Next To You
Shawn Dykes - All I Ever Need
Will Downing - Do You Know
Jesse Graham - Me & You
Bubb Bear - A Change
Ron Ellison - I'm In Love With You

Email ThisBlogThis!Share to TwitterShare to FacebookShare to Pinterest
Labels: The Escorts

Thanks for visiting again I've got quite a few new releases on this weeks show, so I decided not to have a Feature Artist, so that I could squeeze into the playlist some of these great tracks. The ever consistent Ty Causey is back with the lead single from his upcoming album "Hypnotic," plus due for release in the next couple of weeks is a killer cut from Jr.Blu titled "I Want To Groove" also I have Miracle Thomas, Jarvis Greene, Emerson Hill, D.C.R., Randy Muller and Noel Gourdin. I haven't forgot the Old Skool folks either, there are classics from Jean Carne, Barbara Mason, Cuba Gooding and so much more, so sit back relax and enjoy this weeks Science of Soul. Just a reminder if your planning on going to Eddie Holman's live show in Liverpool between the 6th and 7th of September?, get your tickets soon because they're selling fast. You can get them at eventbrite.co.uk 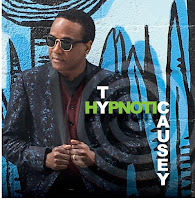 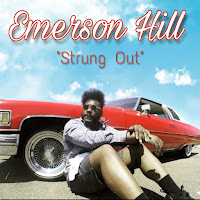 Hour Two
John Gary Williams - Honey
Johnnie Taylor - Without You
Ty Causey - A Good Man
Cuba Gooding - Trust Me
Garland Green - Lovin' You Baby
Enchantment - Gloria
The Chi Lites - Tell Me Where It Hurts
Darryl Johnson & Detroit /Memphis Experience
- What You Do To Me
Barbara Mason - Bed & Board
Prince Phillip Mitchell - You're All I Got In The World
Posted by Mickey Nold No comments:

Email ThisBlogThis!Share to TwitterShare to FacebookShare to Pinterest
Labels: 18-08-2019

It's Science of Soul time thanks for stopping by, some great new music this week from Goood News, the group that was produced by my good friend Marlin McNichols, plus current releases from Cleveland Soulman B Golden and currently getting great Jimmy Sterling's remake of his classic from a couple of years back "If You Were Me."  Representing the Motor City I have Bubb Bear with a track from his forthcoming album and Brandon Williams who as teamed up with Eric Roberson for a great new single "Don't Give Up On Love" from his album "The Love Factor" due for September release, and if this anything to go by its gonna be a great album. 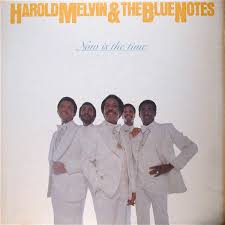 For the lovers of classic soul I will be dipping into one of my all time favourite albums from Harold Melvin & The Bluenotes, that's "Now Is The Time." My Featured artist this week is Jackson, Mississippi's very own Eddie Seawood Jr.. Eddie has been a popular figure on the Jackson music scene for quite a few years now, having opened up shows for Gerald Levert and the O'Jays and pretty much every major act appearing the area. Eddie is currently working on his debut album as devotes more time to his music career due to his impending retirement from the Jackson fire service, he's a real pillar of the community and I wanna share two tracks from his impending album.

OK it's music time sit back relax and enjoy.

Sunday's Playlist 11-08-2019
Hour One
Randy Brown - Love Is All We Need
Jimmy Sterling - If You Were Me, What Would You Do
B Golden - Superstar
Ty Hunter jr - I'll Do Anything
Crack of Dawn - Your Love
J Fitz - Inbox
Gerald Levert - Didn't We
Eddie Seawood Jr - Make A Wish
Eddie Seawood Jr - Alone
Bubb Bear - Did Me A Favour
Goood News - Can't Stop Love
Carolyn Staten - Just The Way You Want It
Philly Devotions - Come Over On The Love Side 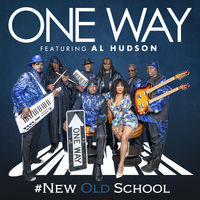 Hi again! it's Science of Soul time! and this weeks show features a new album from One Way ft Al Hudson called "New Old School," it's exactly what it says, new music with that Old Skool flavor, it was difficult to pick just 3 tracks to play, so much great stuff on this set. I highly recommend you check it out. I have other new music from Jesi Terrell the Chicago soul lady and representing the fellas there are great new releases from Rashad, J Palmer and Jackson 5 legend Tito Jackson, this kinda took me by surprise and its a real grower once you have heard it a few times. I also have a Science of Soul exclusive from Al Lindsey, and it's his unreleased version of the Bee Gee's classic "Love So Right" . Feeling kinda old school when I put this show together so are are lots gems from back in the day that I think you will enjoy. Sadly it was announced this week that Terry "Wicked" Stubbs of the group Sly Slick & Wicked passed I send sincere condolences to the family and pay tribute to the wonderful music that Terry was a part of. OK its music time sit back and relax.. 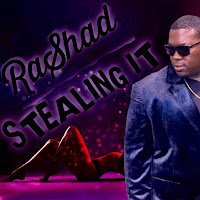