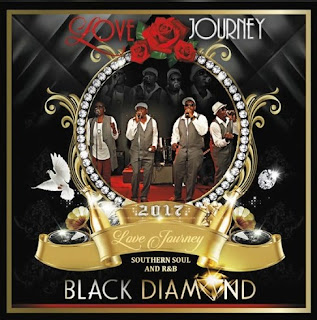 Welcome to The Science of Soul as we say goodbye to the first Month of 2018, (wow that flew by.) On this weeks show I will be featuring the album "Love Journey" from artist Black Diamond, although it came out at the tail-end of 2017 it's the first chance I have had to showcase it, and what a great album it is. The group hail from Wilson, North Carolina, and they have put together a set full of great songs and arrangements topped off by faultless vocals, highly recommend.

I mentioned the passing of Detroit legend Fred Bridges last week, and I have included a couple of his classics as a performer and writer. He will be sadly missed. Other new and recent releases come from Mississippi soul lady Shai Simone and Durell Anthony's excellent "Dreams". I'm heavy on the old school classic's this week because I know how popular they are, so sit back pour a glass of wine and relax it's music time... 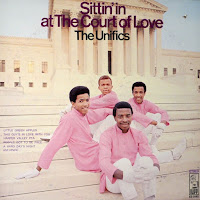 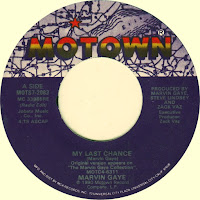 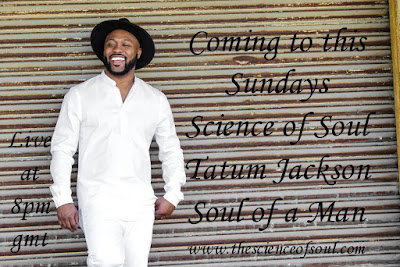 Thanks for stopping by this weeks Science of Soul, first of all I thank you for the great feedback from last weeks tribute to Denise Lasalle, I truly appreciate it.
This weeks show is packed with sweet soul classics so you Old Skool folks are gonna love a trip down memory lane with The Younghearts, The Whatnauts and some you just have forgotten. New music comes from LaVelle's new album "Bring Back The Love" James Payne latest "Love Talk" and my man Stan Mosley as given permission for me to include "People We Gotta Do Better" another unreleased track from his forthcoming album I will keep you up to date on it's progress. 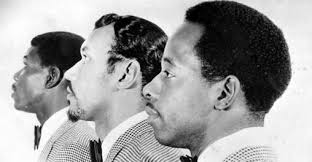 Seems like there is no end to the bad news Detroit soul man Fred Bridges one third of The Brothers of Soul (Bridges, Eaton & Knight) passed away on January 18th, The Group made some great music and are best remembered for there classic "I Guess That Don't Make Me A Loser" check out the video at the bottom of the page.
Ok it's music time sit back and enjoy some sweet soul music. 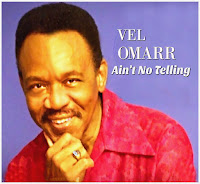 Hour Two
The Younghearts - Dedicate My Life To You
The Whatnauts - I Just Can;t Lose Your Love
G-Incarna - I Like The Way
Universal Mind - For You Girl
J Blackfoot - Taxi
O'Bryan - Gotta Let You Go
Prince Phillip Mitchell - You're All I Got In The World
Tom Brock - There's Nothing In The World That Can Stop Me
G-Bros - After I Gave You My Heart
The Younghearts - Stop What You're Doing Girl
Al Lindsey - I Give Up

Email ThisBlogThis!Share to TwitterShare to FacebookShare to Pinterest
Labels: 21-01-2018

Welcome to this somewhat sad edition of the Show, and that's because news of soul legend Denise LaSalle's passing on January 8th, 2018, in Jackson, Tennessee, she was 78 years old. The second hour today is dedicated to her memory as I share just a tiny fraction of the music she left us. She was truly an American treasure who was loved and respected by all that knew her. She will live on through the music legacy that she left us. RIP Ora Denise Allen aka Denise Lasalle The Queen of the Blues.


On a more happy note I'll be featuring three tracks from an album called: "Preston Glass Presents Love & Compassion," the first track being from Freda Payne, and a great track it is too entitled"Welcome To The Human Race" being a very polished performance from a very classy lady. The other two tracks come from Domonique Brown ("Give Each Other Love") and Brandon Wattz, excellent cover of The Spinners gem "Ghetto Child". Also on this weeks playlist is Howard Johnson's latest outing due for release early February "Whatever You Want" plus I wanna remind you of the current hit from Klassband Brotherhood and as normal there some old school memory jerkers that you just might have forgotten. OK it's music time so sit back enjoy and be sure to check out the great video of Denise Lasalle at the bottom of the page. 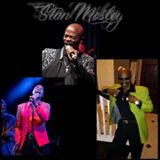 "I'm very fortunate to have had the opportunity to work with legends in the music industry, Denise LaSalle was one of them. While on tour in Summer of '97 or '98 I was on a show with Bobby Womack, The Gap Band and Lakeside, I had just signed with Malaco and Denise LaSalle came to my tour van and introduced herself to me and congratulated me on The Soul Singer Album, my first of three for that company, she was always friendly and funny, I will miss this remarkable woman".  - Stan Mosely (Singer)

"Denise was much more than just a singer or entertainer she was a visionary and philantropist sowing positive seeds into so many of us not only was she the QUEEN she was also a MOTHER who helped many of us find our musical way ...".   - Bigg Robb (Singer) 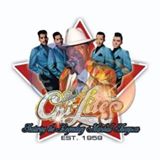 "We first met 52 years ago, and since that time we have continued to stay in touch, and developed a genuine friendship that has lasted over half of a century. In keeping in touch with one another, it had been my plan to visit her next month. Our music industry has truly lost another great voice, but God has chosen to pick this beautiful flower for His Heavenly Garden. To the family, thank you for sharing this great gem with us, who has been a part of our lives, the music industry, and history for so many years. Her music will live on forever. Cherish the wonderful memories, remember her laughter, her smile, and her love. May God bless you and give you peace, and keep you in His loving care. We know that our beloved Blues Queen is now resting in our Savior’s loving arms. The pain and heartaches you feel today Will one day disappear, You will be uplifted And a smile will replace a tear. Your cherished memories will last forever; And God will leave you never! Weeping may endure for a night, but joy comes in the morning” - Marshall Thompson (Chi-Lites) 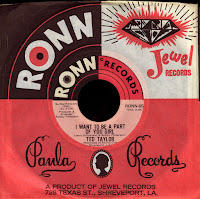 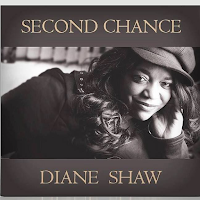 Welcome to the first show of 2018 , I hope everyone had a great Christmas and New Year. My first Featured Album of 2018 comes from UK soul lady Diane Shaw, This follow up to her well received debut album (Love, Life & Strings 2015) this though is aptly titled "Second Chance" it's always tough to follow a very successful debut, but Ms Shaw as managed to pull it off. I think this lady will grow in stature as the years progress a great voice and classy performer. I have selected 3 tracks that I really enjoy but it was a tough choice its a great album. 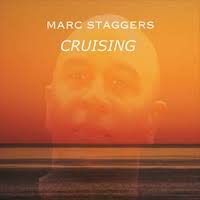 Kansas City soul seems to be on the rise we have new releases from two of the city's favourite soul brothers Le'Velle who as just completed his debut album "Bring Back The Love" and Ricky Dotson who dropped his excellent "All Together" album in late 2017. Must not leave out the nations capital Washington DC, Marc Staggers' back with a great new album "Crusin" its full of great tracks and you will be hearing more over the coming weeks. There are plenty of old school classics in the mix so sit back and enjoy, please be sure to tell a friend about the Science of Soul.

Hour Two
Copeland Davis - Morning Spring
Harold Melvin/Sharon Page - Hope.. Soon
Diane Shaw - Through The Rain
Kenni Burke - Tell Me You Want My Love
The Manhattans - Up On The Street
The Controllers - Somebody Gotta Win
James Brown - These Foolish Things
Marvin Gaye - You Sure Love To Ball
The Spinners - I Found Love
Skool Boyz - Nothing Like A Slow Dance
Gwen McCrae - Make Believe 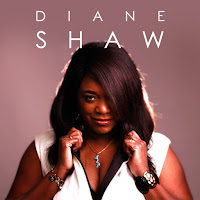 A new Soul Star 20 years in the making…
Although you might not have heard of her, Diane Shaw is one of the country's most experienced live performers with her own loyal following, and was once called “The UK’s most famous unknown singer”. Having toured the UK and overseas for nearly 20 years, Diane Shaw has performed in front of more audiences than most chart artists today. Supporting various Soul Stars such as:
Motown legends; Martha Reeves, Brenda Holloway & Chris Clark
Northern Soul legends; Tommy Hunt, Sidney Barnes & Geno Washington.
Disco legends; Sister Sledge & George McCrae.
Grammy award winning artists; Jazz legends Kirk Whalum & Peter White

Diane is a performer moulded on a calibre of artist not often seen today. Still young enough to shake a tail-feather, yet old enough to have grown up singing and learning from the best. The soul and spirit of the great Divas runs through her....
Gladys Knight, Aretha Franklin, Diana Ross & the Supremes, the list goes on..
Music with the classic sounds of a time gone by, freshly delivered to a new audience, and a new generation of Soul and Motown music lovers, a mixture of young and old craving for something new in today’s manufactured music scene. (soultracks)

Welcome to the final edition of the show for 2017, I would sincerely like to thank everyone for there support, it's been a great year! I would like to say extra special thanks to Mickey Nold who keeps the Science of Soul website updated and plays a major part in so many areas of the show, but most importantly for being a great friend. Alex Totney and Dave Brownhill at BCR Radio who graciously allow me to share the program with other stations around the world. My brother over there in Tampa Bay Florida Melvin Jordan thanks for all your support at Legend 107 Radio, Micheal & Yvon and all the team at Teerex radio in Montreal Canada , Steve Soskin at WRTR Radio who works hard to bring great music around the world, Charles McCullough at CMC Radio in Houston Texas and all the other stations who support The Science of Soul. I truly appreciate you all.
It's a mixed bag of music this week some of my favs from 2017 and we remember some of the legends we have lost and a few old school classics to keep the mix smooth. So sit back enjoy and raise a glass to 2018 I hope it bring you peace love & happiness.