Welcome to the latest edition of The Science of Soul. I have decided to do an old skool special this week due to the time restrictions resulting from my recent USA trip. I will be back to normal next week thank you for your continued support and patience .

Email ThisBlogThis!Share to TwitterShare to FacebookShare to Pinterest
Labels: 28-10-2018

Welcome to this weeks edition of The Science of Soul, I have exciting news; The Rhythm & Blues Hall of Fame is to be based in Atlanta ,Ga. Lamont "Showboat" Robinson CEO has spent a vast amount of time and money on this project I am so happy it as finally paid off for him and his dream of celebrating American R&B music is to become a reality. I can't wait to visit. (trailer at foot of page)

Today's show will be Featuring the latest project from one of New York City's favourite sons, Case with the album "Therapy", this his first in awhile, but it was worth the wait, I think you will enjoy. Other new music this week comes from Roderick Dolphin, Natasha Watts, Dennis Mckinney and Tyra Mon'e , will also be revisiting the current albums from Ty Juan and Jermaine Robbins both of which are true classics. For the old school folks there are lots gems to stir your memory and some that you might have missed so sit back and enjoy. 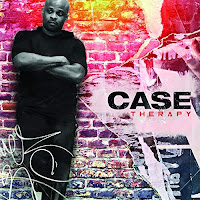 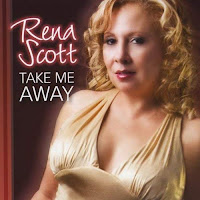 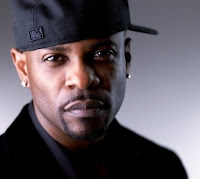 A native New Yorker, Case got his start in the music biz in the '90s, singing backup on albums by several renowned R&B artists (such as Usher). Signed to the Def Jam label in the mid-'90s, Case issued his self-titled debut in 1996, followed by Personal Conversation in 1999 and Open Letter in 2001. On the latter release, Case wrote each song with a different person in mind ("A Song for Skye" was written for his daughter, while the tracks "Love of My Life" and "Shine" were inspired by the great Stevie Wonder). Case was joined by such big-name producers as Jimmy Jam, Terry Lewis, and Tim & Bob. In 2004 he asked to be released from his Def Jam contract in order to launch his own label, Indigo Blue. In 2009 The Rose Experience became the first release for the label. He switched to Real Talk Entertainment for 2010's Here, My Love, and moved to eOne for 2015's Heaven's Door.

Email ThisBlogThis!Share to TwitterShare to FacebookShare to Pinterest
Labels: Case 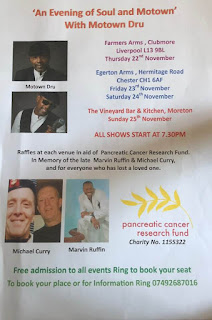 Welcome to this weeks Science of Soul, before I get on to the music I'd like to bring to your attention a series of events that are taking place in November in memory of my dear friend Marvin Ruffin (see attached flyer,)  the events have been organised by Pauline Drayson who did so much to help Marvin during his time living in the UK, please if you can, show your support for this great cause.

My thanks go out to Mickey Nold who this week converted an interview I did about 25 years ago with Barrett Strong in Southfield, Michigan ,it's now available on Mixcloud and if your interested in soul music history you will love this, be sure to check it out.

On to the music with my Featured Album this week being from a Washington, DC soulstress named Bléz Coe, with her album "Love Life Emotion, The Experience Part 1." This great debut album is being very well received, also today I have new music from from one of my favourite groups, the Manhattans, their first recording without Blue Lovett, I am looking forward to seeing the guys in Richmond,Va, in a couple of weeks. The new single from BIGG ROBB has just hit the streets, called "Don't Be Ashamed" , it's getting a lot of attention and is sure to be good seller for one of the busiest guys on the southern soul circuit. I will also be dipping into the new album from JL , that's called"Intimacy.".Lots of great music for the old school folks this week also be sure to listen out for Ben Monroe "Broken Home" it's track you don't often hear. OK sit back enjoy and let the music touch your soul...

Hour One
Sheree Brown - My Pleasure 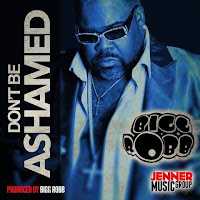 
Hour Two
Charles Williams - Standing In The Way
Shonda English - No Worries
Anthony White - I'm So Much In Love With You
Bléz - Don't Know
L V Johnson - Make You Mine
Clay Hammond Women Are Human
Luther Ingram - Love Ain't Running Away From Me
The Dells - Slow Motion
Walter Jackson - We Can Fly
J. Butler/Brenda Lee Eager - How Long Will It Last
The Manhattans - Don't Take Your Love From Me 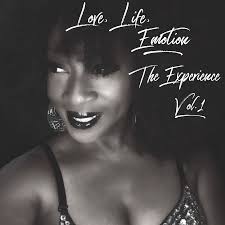 Bléz is a DC born, MD raised vocalist and songwriter. Classically trained in voice, Bléz graduated from Duke Ellington School of The Arts in NW Washington, DC. After Graduating she went on to start her music career as a session vocalist working with then Sony producer Reese Johnson. Soon after Bléz joined her first band and began her journey as a gigging vocalist around DC, MD and VA. After some disappointments on the local scene Bléz stepped away from music for a few years to pursue other interests but was called back to music and she hit the ground running. In 2004 this DC native left the United States to go and live in Thailand working as a full time singer with an international band. Visiting countries such as Cambodia, Singapore and Japan just to name a few. Once she returned home, Blez once again jumped onto the local music scene after joining the band Second Coming. Shortly there after she was also hired to perform with Marcus Young and Infinite who then took her back overseas to the Middle East to perform for the troops via Armed Forces Entertainment. The group toured 13 cities in 3 weeks. April 2009 marked a major milestone in this song birds career because she was chosen the winner in a singing contest. First prize was a chance to sing a duet with none other than Jennifer Hudson at Constitution Hall during the Robin Thicke J.Hud tour. Bléz joined Jennifer onstage to sing “And I Am Telling You” for a capacity crowd. Video footage of this performance is still on Youtube. She has shared the stage with some top national artists such as Marsha Ambrosias, Chrisette Michelle, MC Lyte, Vivian Green, Biz Markie and Kem artist L’Renee and her second single “Black Girl Magic” spent 11 weeks on SiriusXM Heart and Soul’s Platinum 20 playlist. The latest single, “MCE Man Crush Everyday”, from her forthcoming album Love, Life, Emotion The Experience Vol.1 went to #1 on the AmazonUK chart for new releases after only 1 week! This rising star is shining bright on her way to the top of the charts. (firstexperiencerecords.com)
Posted by Mickey Nold No comments: