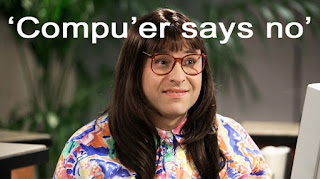 Sorry were having a studio rebuild this weekend and tonight's show is a repeat of the 'Billy Paul Special' two weeks back. Sorry for any inconvenience - Bill
Posted by Mickey Nold No comments:

Thanks for stopping by this podcast show, I would just like to thank everyone for their kind messages 're: my Mom.' I am lucky to have so many wonderful friends. The Featured Artist this week is Clif Payne with his debut album entitled: "Welcome Into My World," I think is pretty special. 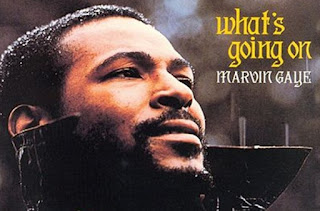 Hour One
B Angie B - I Just Simply Wanna Love You
Andrey Seville - Sexy Lady
Joe Leavy - Deja Vu
Natasha Watts & Omar - Insatiable
ReSurface - You Got What I Want
The Notations - If I Lost Your Love [LP on CD now]
Clif Payne - Welcome To My World
Clif Payne - All The Things That I Love
Candace Woodson - The Answer Is No
D Maurice - Ear Hustling
Ronnie Walker - Just Can't Say Hello
J. J. Thames - Leftovers 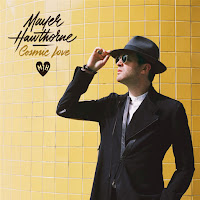 Ray Robinson - Do You Hear Me
Clif Payne - I'm Always Yours
Anglo Saxon Brown - Straighten It Out (LP now on CD)
Dionyza - Waiting
Nancy Butts - I Can't But Love One Man At A Time
Tommy McGee - To Make You Happy
Greg Dean & Jarrod Lawson - Colours
J. Most - I'll Never Forget You
Meyer Hawthorne - Cosmic Love
Tyrone Davis - So Good To Be Home With You
Anita Baker - Angel
Eric Benét - Sometimes I Cry

Clif Payne's biography:
Clif was born in Harlem and resides in the San Francisco Bay Area. His eclectic vocals span the genres of jazz, R&B, gospel, blues, rock and pop. He is "a lush tenor with soaring melismas in his individual passages," according to the Los Angeles Times. Payne has opened for Tony Bennett, Dionne Warwick and Johnny Mathis and has shared the stage with Dianne Reeves, Lionel Richie and Bobby McFerrin. Welcome To My World is Payne's debut solo album and features Payne singing a duet--"No Payne, No Gain" --with the legendary R&B/Jazz vocalist Freda Payne. She is best known for her hit song "Band Of Gold." Also on the album is original En Vogue singer Maxine Jones. Reggie Calloway from Midnight Star also makes an appearance. Welcome To My World was produced by R&B Songwriter Hall of fame-er Preston Glass, and Grammy orchestra music director Larry Batiste. More at: clifpayne.org 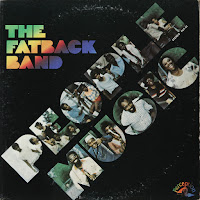 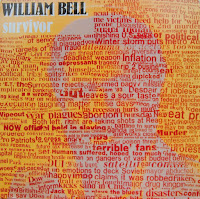 Sorry Bill to hear news, my thoughts are with you & your family - Mickey
Posted by Mickey Nold No comments:

Email ThisBlogThis!Share to TwitterShare to FacebookShare to Pinterest
Labels: 15-05-2016

Welcome to this weeks Science of Soul, I confirmed on last weeks show that sadly Billy Paul had passed earlier that day so it's only fitting I dedicate a large chunk of this weeks show to his amazing legacy because he was a truly unique artist. 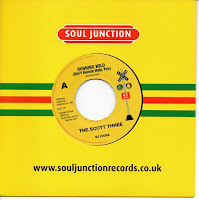 New music this week from Big Cynthia ft Cupid and a young lady by the name of Je'Kentra releases her highly anticipated debut single "Can't Love One" and listen out for a Chicago artist by the name of Young Flame because I'll be featuring a track her current album "Love States," and very impressive it is to. Soul Junction the UK based label continue there excellent run of releases with a new 7 inch single by The Scott Three, all I can say is WOW ... well done fellas continue the great work. Full bio at base of page.
Ok sit back enjoy the music and take a moment to remember Mr Billy Paul.. 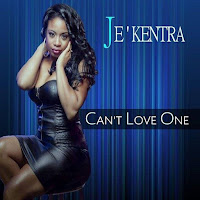 Hour Two
Billy Paul's (songs remembered:)
How Good Is Your Game
Word Sure Gets Around
When Love Is New
So Glad To See You Again
I Think I'll Stay Home Today
I Want 'Cha Baby
Let's Make A Baby
Me & Mrs Jones
Sooner Or Later
There's A Small Hotel
Everybody's Breaking Up
This Is Your Life 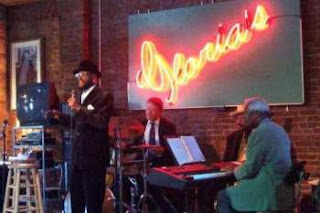 Billy Paul earned all his hits in the '70s as an R&B vocalist, although he'd been recording since the '50s, when he debuted on Jubilee. Born in Philadelphia in 1935, Paul was featured on radio broadcasts at the age of 11 and had an extensive jazz background. (He worked with Dinah Washington, Miles Davis, and Roberta Flack, as well as Charlie Parker, before forming a trio and recording for Jubilee.) His original 1959 recording of "Ebony Woman" for New Dawn was later re-recorded for Neptune as the title of his 1970 LP. He signed the next year with Philadelphia International and scored his biggest hit in 1972 with "Me and Mrs. Jones," topping both the R&B and pop charts. Paul had one other Top Ten R&B single, "Thanks for Saving My Life," in 1974. He remained on Philadelphia International until the mid-'80s.Paul recorded one LP for Total Experience in 1985, Lately, and another for Ichiban before announcing his retirement in 1989 in London. He continued to do occasional club dates, however, both in America and overseas. He died in April 2016 at the age of 81. (allmusic.com)


The Scott Brothers (Dave Welding)
The Scott Three was a vocal group consisting of three brothers, the eldest being Randolph followed by Michael and finally the baby of the family, Zachary. The three sons had been born to their late parents Louis and Alma Scott while living in their native Detroit Michigan. In 1965 the Scott family relocated to Atlanta Georgia setting up home in the College Park district of the city.

It was following their arrival in Atlanta that Randolph organized his brothers into the family vocal trio known as The Scott Three. In early 1968, The Scott Three during one of their stage shows came to the attention of a local Atlanta record producer, Thomas ‘Tee’ Fletcher. Randolph was looking to record a song he had recently composed entitled “Running Wild (Ain’t Gonna Help You)” with the original idea of just using the instrumental version on the b-side. Tee offered Randolph as an alternative a song that he and James McDuffie had composed entitled “Gotta Find A New Love”. So in March of 1968 The Scott Three now aged 16, 15 and 10 respectively recorded their solitary 45 release “Running Wild (Ain’t Gonna Help You)/ Gotta Find A New Love” (MRS 1101) this being the reason ‘March’ was chosen for their labels name. The session recorded under the tutelage of Tee Fletcher was held at the Southside Sound Studio using musicians James Duffie, Ray Ranson and Reggie Harger with both of the later becoming part of the rhythm section for the hit group ‘Brick’. The lead vocals on both tracks were performed by Randolph Scott. The release of the record did enhance the popularity of The Scott Three earning them regular bookings throughout the state of Georgia. Now forty plus years later The Scott Three have discovered a new found popularity in Europe with the quirky groove of their “Running Wild” finding favour with the aficionados of the rare funk and soul scene. While the flipside the beautifully lilting “Gotta Find A New Love” is also gaining a growing reputation.

Sadly Zachary Scott didn’t get to hear of this new found popularity of their songs having passed away in 1995. With Michael Scott too recently losing his life in a tragic hit and run accident in September of 2015. The remaining brother Randolph has continued the musical family tradition of The Scott Three mentoring his two daughters LaTocha and Tamika Scott who performed as part of the 1990’s R&B group ‘Xscape” (who scored with three consecutive platinum albums) and are currently pursuing their own solo careers. Randolph now a retired law enforcement officer, who became an ordained pastor back in 1995, later founded The Christ Miracle Temple in Union City. He now spends his time teaching Martial Arts and Firearms Practice, while pursuing a career in Gospel music.
Posted by Mickey Nold No comments: