It's Science of Soul time thanks for stopping by, this week I Feature the excellent new set from Darryl Anders, AgapeSoul "Conversations," this is a very accomplished affair with great production from start to finish - it was hard to select 3 tracks, but don't worry there will be more to follow over the next few weeks. Soul Junction records latest 45 is a real gem from Robert Montgomery, and as I always remind you these are pressed in limited quantities so get them while you can. Other new music this week comes from St. Louis soul queen, Uvee Hayes with current album titled "From A Woman's Point Of View,"getting great revues and it's easy to see why.

Houston soulman Lomax is back today with a new single, and I've also have the lead single from Cornell CC Carters new album "One Love." A new name on the Science of Soul is Trenton, New Jersey's very own Show Tyme ... this guy can sang, love his new album "Loves Truth."  There are lots of great tracks for the Old Skool folks too, listen out for Rick Webb's late 1980s classic "Sitting On Your Doorstep" it still sounds great. Ok it's music time sit back hit the play button and enjoy ... 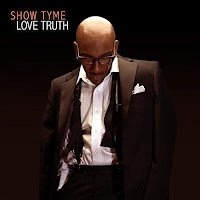 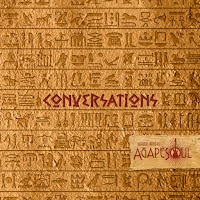 AgapéSoul is the brainchild of bassist Darryl Anders, who grew up playing trumpet before switching to bass. Early in his career, the veteran Bay Area bassist had spent many years immersed in the world of music-oriented video gaming platforms, reproducing songs for best-selling products like Karaoke Revolution, Guitar Hero and Rock Band. Seeking a more personal creative outlet for his own burgeoning artistry, he brought together a collective of musical friends to help him record a batch of jazz and R&B oriented songs he had co-written with renowned pianist, recording artist and jazz educator Dr. Joe Gilman. Even without major promotion, Believe in Love, the first album under the name AgapéSoul, earned comparisons to popular R&B/jazz ensembles Incognito and Brand New Heavies – and hit #1 on the UK Soul Chart and #7 on the UK Soul Top 30 Best of 2012. More @ http://www.agapesoul.com/bio.html 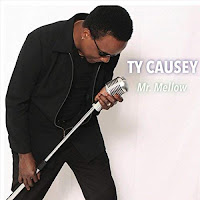 Welcome to this weeks Science of Soul, Featured Album this week comes from Mark IV, and is a collection that never had a release back in the day. It's really quite amazing because there are some real quality tunes on it ... to good not to share with you,  hope you enjoy it as much as I have. Mr consistent Ty Causey is back with a new set due for release in August, listening to "Mr Mellow" it's exactly what you expect from Ty, real quality. Other new music this week comes from Roosevelt Wade with his single "Haters" getting a lot of attention, as are the latest products from Amina Buddafly, Sharena Wynn, Jayna Blackwell and the UK soul lady Jaki Graham seems like it's ladies week this week ... no complaints from me, lol.

Also from Great Briton is Natasha Watts and she is due to release a new album in September, this lady's popularity continues to grow. I have to say she did a great job opening for the O'Jays in London last weekend, so can't wait for the album. For the old school folks listen out for Alex Brown her classic 1970 album "In Search Of Love" as just been reissued and it's a must have in your collection. We have a little bonus this week if you scroll down you can watch The Brenda Perryman Show from last week when she did a great Interview with Undisputed Truth who have a new album almost completed and trust me it's pretty special. Ok enough from me sit back enjoy the music and remember to spread the word. 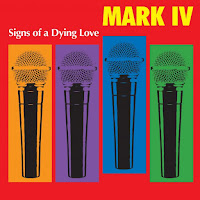 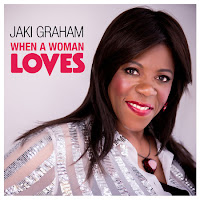 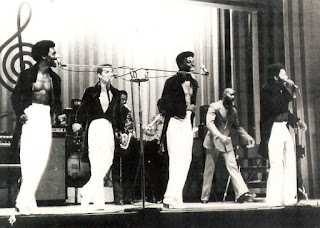 Mark IV under the tutelage of Roy C released one great album on Mercury Records in 1973 before being dropped by the label. This change in fortunes brought forward partners Otis Brown Jr and Donald Shaw to take over from Roy with the management of the group between 1974-78. The songs featured on this album were all recorded during these years and had sat on reel to reel tapes gathering dust until 2017 when a partnership was forged between Otis, Donald & Cordial Recordings to release them. We hope that you enjoy listening to this album as much as we have had since first listening to the original demo tapes. Time to ‘make room for the Mark IV’ again Julian!”

Cordial Recordings are proud to announce the release of our first album on Vinyl & CD with this collection of previously unreleased songs by Mark IV. The songs have been remastered to provide full listening experience. The CD comes with two bonus songs. The vinyl & CD release have been limited to 500 copies each. The vinyl sleeve has been printed on luxury heavyweight board. The CD has been printed as a 4pp Digipak with clear tray on luxury heavyweight board. (firstexperiancerecords)

This weeks show is a repeat of an old one, sorry for the inconvenience should be  back to normal next week :-)
Posted by Mickey Nold No comments: 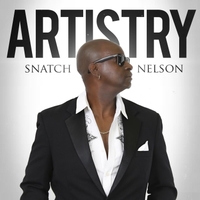 Thanks for stopping by this weeks Science of Soul. I have two Featured Artists this week from New Orleans southern soul man Snatch Nelson who's new album "Artistry" is getting great revues and riding high on the charts and from Chicago with his excellent new EP "Something Good" Mike Donaby. These are two products I highly recommend, I am expecting big things in the future from both of these very talented guys. It's great to see Shreveport's favorite son Tony Sullivan back with a new single "It's Over" this track is a real grower the more you hear it the better it gets. We will also dip into the latest projects from Chris Jasper, Al Lindsey, Bobby Helmz, Stan Mosley and James "Biscuit" Rouse. For the Old Skool folks there's lots to satisfy your soul and remind of the great days gone by so just hit the play button sit back and enjoy and be sure to tell a friend about The Science of Soul.. 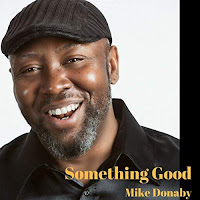 Hour Two
George Kerr - It's Not To Late / Save The Children 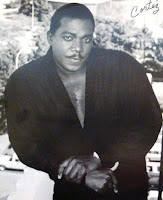 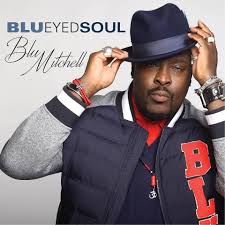 Thank you for visiting The Science of Soul, my Featured Album this week comes from Blu Mitchell, entitled "Blu Eyed Soul". Los Angeles based singer has delivered a very polished set with some great collaborations and quality productions. The album as been out a few months but as gone relatively unnoticed so I thought I would bring it to your attention just in case you had missed it. There is other new music this week including the multi talented Gina Carey her single "Let Me Know" is one of my favourites from her. Another L.A. based lady and R&B Hall Of Fame inductee Ms Rena Scott has just released her version of Aretha Franklin's classic "Until You Come Back To Me" and I must say she as done a great job.

There is also new music from Peabo Bryson and The Temptations have a new album "All The
Time" not one of there best in my opinion but I do like "Still Feel Like Your Man". It seems every week we lose a music legend, this time it's Joe Jackson who's vision for his family became a reality, he honed their talent in that small house in Gary, Indiana, but I am sure he could never have foreseen the impact they would have on the music world, not just in the States but globally. I have included 3 of my personal favourites from them to show respect for the legacy that Joe Jackson founded. Ok it's music time sit back and enjoy and please share with a friend.

Science of Soul Playlist July 1st 2018
Hour One
Maxi Anderson - Lover To Lover
Gina Carey - Let Me Know
The Temptations - Still Feel Like Your Man
Rai - Here I Am
Tara Keith - Swinging Out Tonight
Kelli Evans & Don Albert - What We ..
.. Gonna Do With These Feelings
Earl White jr. - Very Special Girl
The Stylistics - If You Were There
Peabo Bryson - All She Wants to Do Is Me
Cool Million ft Fay B - Summer Rain
Blu Mitchell ft. Puff Johnson - Anna Mae
Blu Mitchell - Paint Your Body Blue
Johanna - Long Gone 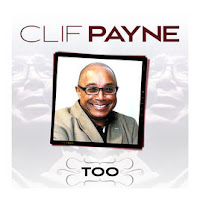 Hour Two
Peaches & Herb - Fours A Traffic Jam
Clif Payne - Yesterday Pain, Tomorrow Joy
Alonzo Reid - I'm So Grateful
Wreckin' Crew - All My Love
Julius Thomas - I Gotta Change My Ways
Rena Scott - Until You Come Back To Me
Carl B Henry - Sex U
Blu Mitchell ft. Jason Peterson - Fool For Love
Jackson 5 - Lookin' Through The Window
The Jacksons - Even Tho Your Gone
The Jacksons - Good Times 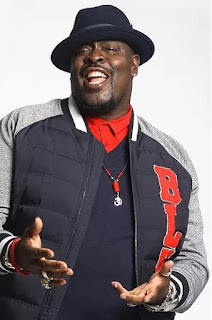 This dynamic man is certainly no apprentice to the music trade. BLU, a Los Angeles aborigine, graced the industry with his presence in his 1995 debut Motown Records project entitled, Out of the Blu, spotlighting the hit single, 'Hide & Go Get It' (featuring remixes with both Oakland-based Tony Toni Tone and rapper E-40) produced by Dwayne Wiggins. On tour, BLU achieved fame while performing the national anthem at the 1997 Kentucky Derby opening and in touring major U.S. cities, working with industry trend setters including Johnny "Guitar" Watson, Will Downing, Phil Perry, Michael Bolton, Randy Jackson, New Kids on the Block, Steve Perry and Avant…to name a few.

He appeared in the play, Love in the Nick of Tyme, written by David E. Talbert and starring Morris Chestnut. Love in the Nick of Tyme toured across the United States as one of the highest-grossing plays of 2007. This play marked BLU’s acting debut, along with gracing fans with his show-stopping vocal performances. After wrapping up the tour, BLU appeared in the movie, First Sunday, directed by David E. Talbert starring Ice Cube, Tracy Morgan and Katt Williams. He has also appeared in the stage productions of Soul Kitten Cabaret with Fantasia, Faith Evans and Nicci Gilbert as well as King Solomon Lives with Richard Brooks. In addition, BLU has songs featured in the following feature films: Love For Sale (2008), He’s Mine Not Yours (2011), 24 Hour Love (2013), Stock Option (2015), and Couple's Night (2017)
​
BLU considers his newest album, Blu Eyed Soul, to be a part of his musical legacy. From writing to producing to A&R to promoting, has has all hands in! He knows that he took a long time to drop a second record, but rest assured he plans to keep them rolling from now on. www.blumitchell.com


Posted by Mickey Nold No comments: