It's the festive season and all that I know is everyone's busy, so an extra big thank you is due for taking time out to visit the Science of Soul. Just a little note there will be no show on Christmas day but we will return on New Years Day as normal. I must take this chance to also make apologies for some of the disruption over the last few weeks partly due to my stateside trip and BCR Radio moving to brand new studios I'm sure you can imagine the logistics of moving to new studios whilst keeping the station on air 24 hours a day. Well done to all the BCR  tech crew who have done an amazing job.
Featured artist this week is Mayer Hawthorne his latest release "Party of One" is a six track EP I love the 3 tracks I have included and I hope you enjoy them. Other new music this week comes from Carmichael Musiclover, Lina Loi, Ali Tennant,Tara and a real nice Christmas track from Chicago's Sean Whyte plus a new issue 7 inch single from Energy MC2 on Soul Junction Records. Old school folk have no fear I got you covered to the Aaron Neville track is pretty special a big thanks to Mickey Nold for bringing this to my attention
. 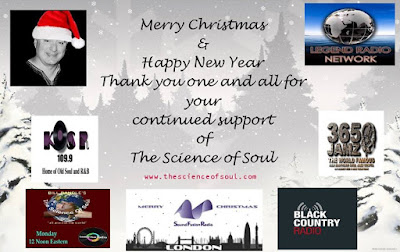 Sadly it was announced this week that former member of Mystique and The Impressions Ralph Johnson passed it's been a cruel year for real. He will be missed and remembered.

Have a wonderful Christmas and I will be back on New Years day live as normal at 8pm GMT. Thank you to everyone for your amazing support throughout 2016 lets "Click a Glass" to 2017... Mayer Hawthorne, the project of Detroit's dj, producer and singer-songwriter Andrew Cohen, debuted with A Strange Arrangement (Stones Throw, 2009), a faithful reconstruction of the sound of Motown soul of the Sixties that was entirely performed and assembled by him in person. Not a postmodernist meditation on a style but a straightforward nostalgic imitation of that style, notably Just Ain't Gonna Work Out, Maybe So, Maybe No, I Wish It Would Rain, Your Easy Lovin' Ain't Pleasin' Nothin'?, One Track Mind. How Do You Do (2011) was a better sculpted exercise in blue-eyed soul revival influenced by Steely Dan's lounge elegance: Can't Stop, Finally Falling, No Strings, and especially The Walk and A Long Time. Meanwhile the relentless Motown party sound lives on with Dreaming
and Hooked


.
Posted by Mickey Nold No comments:

Thanks for visiting The Science of Soul. It's with much sadness I have to report the loss of yet another soul legend, Ms Sharon Jones. Sharon has done so much to keep the soul flame burning for the last decade along with the Daptone label and her legacy and place in soul history is secure. Rest in Heaven Sharon Jones. On this weeks show my Featured Artist is Harlem, New York's own Petawane, I'll be spinning 3 tracks from this immensely talented guy, some of you will know these songs, but if like me you missed them, your in for a real treat! Representing the ladies corner this week I have new music from Ms Leela James, this lady can do know wrong for me and I am looking forward to her forthcoming album. Southern Soul lady Nellie Tiger Travis is back with a brand new single titled "All The Lovers," just my opinion, but I think it's her best yet! You will remember her from the hit record called "Mr Sexy Man,"  a tune from just a couple of years ago, somewhat a novelty song, but this new one is far more real and hope it proves to be a hit for her. 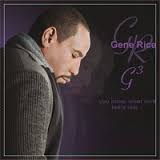 Gene Rice's new set titled"G3" his first in quite awhile, plus I have another track from last weeks feature Ty Juan from the album "Signature," just gets better the more you hear it. Making his 'SOS' debut is B Hollywood  with his latest offering, it's a nice mellow affair, just how I like them. "Right Here Right Now" is getting some great reviews two. Enough chat from me except to say my apologies if you tried to reach in the Studio during the live show, this and next weeks show have had to be pre-recorded due to my Stateside trip. Music time just hit the play button and enjoy... (this program was recorded last Month, but no Podcasted) 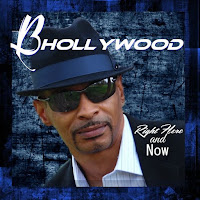 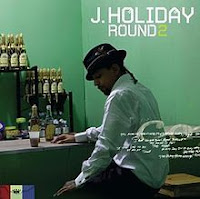 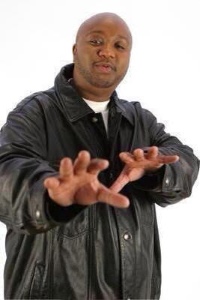 Petawane (pronounced Pee-tah-wayne) was born and in the Village of Harlem, NYC. He began putting on impromptu performances at the request of his Dad to entertain his friends. It was then realized he wanted to be a performer. He embarked on a mission to fulfill his dream ever since.
Known as a "Young Old Soul", Petawane counts as his influences Sam Cooke, Nat "King" Cole, Teddy Pendergrass, Willie Hutch, Curtis Mayfield, groups like; The Five Stairsteps, The Jackson Five, The Sylvers, The Chi-Lites, The Moments, and The Delfonics. It is to their standards that he has raised the bar for himself. He has found a way to channel their passionate energy into his performances, all while maintaining a delivery that is vintage yet fresh and cutting-edge, allowing him to connect with audiences of all ages with the soulful depth and sincerity of his rich tenor Voice and descriptive Lyrics .... More at SoulTracks

The music producer McKinley Jackson was the guest on Brenda's Detroit TV show
Posted by Mickey Nold No comments:

It's that time of year again when Christmas is almost upon us, so just thought I'd remind you of the reason for the season, and feature Ty Causey's excellent festive set called "Christmas Flow," as you would expect from Ty it's slick and beautifully put together and not the same old tired Christmas songs, it includes 10 completely new songs composed arranged and produced by this incredibly talented man and one of the nicest guys in the business, a timeless album that I highly recommend.

I have just got back from my most recent trip Stateside, so I will featuring some of the amazing artists that I ran into with some at the Thanksgiving Soul Jam held at the Star Plaza that was just pretty amazing. When you have the likes of Bloodstone, Blue Magic, Enchantment, The Manhattans, The Dramatics & Lenny Williams in one house you know what I'm talking 'bout !!!

A big thank you to Mickey for keeping everything ticking over in my absence, as always. As I write this I have not set my playlist yet, so it will be a surprise to me too, but my selections will most likely reflect that the above show, lol.

It will be the very last Science of Soul from our current studio's in Stourbridge,  Black Country Radio are moving to brand new building at Merry Hill Centre, I will include some photographs over the next couple of weeks just to let you see, and remember, tell a friend about the the Science of Soul pretty please. 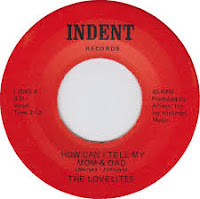 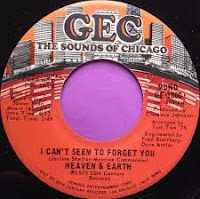 Ty Causey Biography is on his other podcast page
Posted by Mickey Nold No comments: