There is sad news to report this week, as many of you will by now be aware the legendary song writer Sylvia Moy passed away on April 16th. Sylvia was a major part of the Motown sound and a dear friend she will be truly missed. Thanks to Mickey Nold we have included an interview I did with Sylvia many years ago, Mickey has worked hard to restore this from the original Mini Disc master to a podcast format, so we could share it with you this week. Sylvia's funeral service will take on Saturday, April 22nd., at The Greater Grace Temple on West Seven Mile Road. You will find my  interview with music by scrolling down the page. 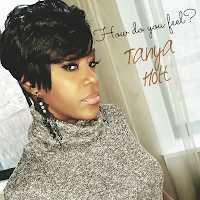 New music on this weeks show include Jureesa McBride, John Mayer and Wood, but the majority of this weeks selections are Old Skool classics (must be the way I'm feeling) but I think you will enjoy. Please remember to share the SOS link with friends and remind them the podcast is available on demand 24/7 and if there is any new music I miss let me know I will be happy to include it in the show. OK sit back relax its music time... 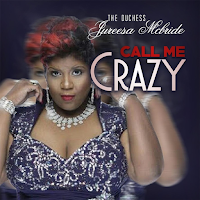 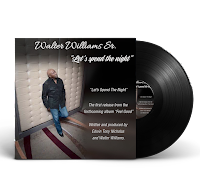 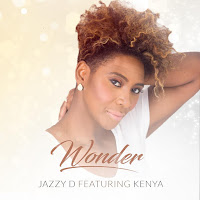 Thanks for visiting The Science of Soul, on this weeks show I will be featuring the new album release from Soul Junction records "Getting Kinda Soulful" by The Holidays, made up of tracks from predominantly the early to mid 1970s this is a real gem, some of you will be aware of many of the tracks on this set but its a great to have them all in one spot and an added bonus of some never before issued tracks. It's a must for real collectors well done to Dave Weldon and the Soul Junction team. This CD wont be around for to long so be sure to get a copy whilst it's available you won't regret it.
New and current releases this week Chairman of The Board ft. Ken Knox, Ken is truly one of the nice guys in the industry and they are currently working on a new album, I can't wait.

Former member of Harold Melvin & The Bluenotes Jerry Cummings as been digging into the volts and come up with a classic solo recording from his time with the group "It's My Pleasure" it's amazing that this was never released back in the day, when you hear it you will know what I mean .. Steppers favourite Sarah Lesol is doing great with her latest outing "My Everything" played it a few weeks back but I thought i'd remind you how good it is, Southern Soul man Joe Cable as new product as does Cupid and listen out for Jazzy D ft Kenya. Plenty of stuff for the old school lovers even some tracks you just might have forgotten, So sit back and enjoy. 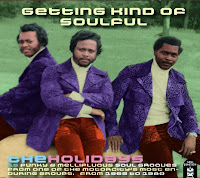 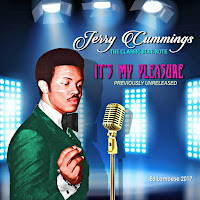 Willie Hutch - Now That It's Over
Beau Williams - Seems Like I met You Before
Jerry Cummings - It's My Pleasure
Love Affair - I Can't Stop Loving You
Mary Jane Girls - On The Inside
Jazzy D ft. Kenya - Wonderful 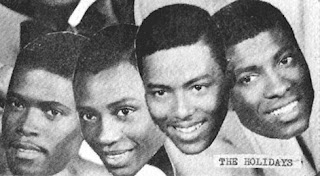 The Holidays were a Detroit group who are remembered for a record, "I'll Love You Forever," (1966) that their members didn't even appear on. Edwin Starr sang lead and J.J. Barnes and Steve Mancha supplied backing vocals, and some say that Eddie Anderson made the session too. When the record hit, producer Don Davis revitalized the Holidays with new members to capitalize on the song's success. Starr, Barnes, and Mancha never performed as the Holidays. The original Four Holidays began as the Fresandos, who cut "Your Last Goodbye" on Star-X Records in 1959. Renaming themselves the Four Holidays, they did "Deep in My Heart" in 1961 on Master Records. Jimmy Holland, Jimmy Ruffin, and possibly the Barksdale brothers (Cleo, Robert, and James Mitchell) were the other members; all may have sang with the group at one time or another, with one bouncing in as another bounced out. More at Allmusic

Email ThisBlogThis!Share to TwitterShare to FacebookShare to Pinterest
Labels: Holidays 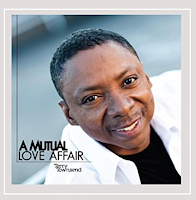 It's Science of Soul time once again with this week's Featured Artist being the New York city based Bobby Harden. His new album " Rivers of Soul" is a pretty solid affair with; REAL musicians, great songs delivered, and with real soul and quality production. I think you will enjoy this. I also have new music this week from Brian Wilson, nephew of the legendary Charlie Wilson, and a killer new single from James Rouse & Buttered Biscuits "Give It A Chance", a track that's getting rave reviews from soul folks. 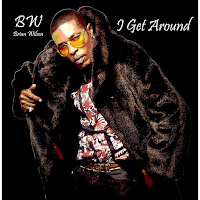 A revisit to Paul Cannon's excellent album " Love & Heartbreak" is also due, plus a classy new release from Brian Owen and let us not forget Detroit's own Bobby Helmz his current hit "Changes" just sounds better everytime I hear it. Add all the old school classics we love from the likes of The Temptations, O'Jays, Impressions who Incidentally are being inducted into the R&B Hall of Fame in June in Detroit and some names you just might have forgotten and I think we got you covered.

Ok it's music time so sit back enjoy and be sure to tell a friend about The Science of Soul. 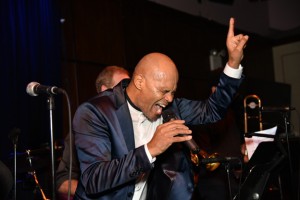 Bobby Harden, New York City’s acclaimed soul/ rhythm and blues singing sensation, is thrilling audiences as lead singer of the world-famous Original Blues Brothers Band. Led by music icons Steve Cropper and Lou Marini , the band keeps alive the tradition started by Belushi and Akroyd. From Marrakech to Munich, Tokyo to Moscow and Hong Kong to his home in New York’s Greenwich Village, Bobby Harden is a classic example of what it is to be a true soul/rhythm and blues crooner. Originally from Youngstown, Ohio, the fertile soil that also gave rise to legends such as: The O’Jays , Ohio Players, Bootsy Collins and Bobby Womack, Bobby started his own musical legacy while residing in Houston, TX. Today, the “Big Apple” is now proud to claim Bobby Harden as its own “Soul Man in Residence”. Simultaneously in the past Bobby has also shared the stage with soul legends Solomon Burke, Eddie Floyd, Ben E. King, Robert Cray, Delbert McClinton and Howard Tate.He was also a member of the famous NYC band [and legendary horn-section session men},The Uptown Horns. Bobby’s premier musical passion and talent though, lies within his own wonderful music…as shared with the world on his own record SOUL PURPOSE. An even more extraordinary musical plateau is about to be reached with the soon to be released RIVER OF SOUL album, with invaluable assistance by music guru & musical director of the SATURDAY NIGHT LIVE BAND, Leon Pendarvis. Bobby is a natural entertainer, and his enormous personality immediately connects with his audience. He’s as compelling performing at the Obama Inaugural, Lincoln Center, headlining the Calgary Stampede in front of 16,000 cheering Canadians , in Torino,Italy for 20,000…. as he is in intimate nightclubs. Bobby’s phenomenal eight piece SOUL PURPOSE band are an amazingly tight, funky band of brothers and sisters who help whip audiences into the frenzy known as a BOBBY HARDEN show.

Thanks as always for stopping by the Science of Soul website. I want to say thanks in particular to all the fb folks who share the link and help the Science of Soul to grow, It's truly amazing when we look at all the different countries around the world that visit on a regular basis and as always all credit to Mickey Nold who works so hard behind the scenes preparing it every week.
There's no featured artist this week I just had so much music backed up that I couldn't wait to share with you. I Have squeezed in some new music from Phil Perry and Joe Gable but its predominately mellow old school all the way.I Appreciate the the messages re last weeks Leon Ware tribute I am glad that you found it enjoyable, there was so much music to choose from. Look out for the two Temps cover versions this week, I am not a fan of covers and remakes but these two are really nice so i thought i would share them.
OK dim the lights sit back and enjoy cause it's one of those kinda shows this week and please tell a friend about the Science of Soul... 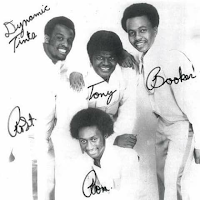 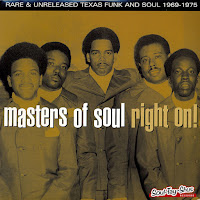 Theodis Ealey & Lacee - You & I
Instant Funk - So Glad I'm The One
Luther Vandross - The 2nd Time Around
The Controllers - When Did You Stop Loving Me
Masters Of Soul - Should I Just Read The Signs
Masters Of Soul - Please Wait For Me
The Manhattans - I Wanna Thank You
Grand Theft - Body Talk
Leon Ware - Just Take Your Time
TL Shider - I'm Feeling You
Denise Lasalle - When We're Making Love
Trey Songz - I Gotta Go
Posted by Mickey Nold No comments: