Welcome to this weeks Science of Soul a large chunk of this weeks show is dedicated to the memory of Mr Harvey Scales, one of soul musics real unsung heroes. His music is quite varied but here on the Science of Soul I will concentrate on his mellow side I hope you enjoy the tracks that I have selected they are amongst my personal favorites. On the new music content I have a Blackstreet group member Lenny Harold, plus a great new single from Andre' Lee. It seems all the legends are heading back into the studios! which is a great thing, so music from the O'Jays, Dazz Band and the Undisputed Truth, and all with new product and good product too!

Had the sad news this week that we have lost a lovely lady of soul Ms Katrenia Jefferson, we would often talk on the phone, thanks to my soul Sister Shai Simone, I will be paying tribute to her next week. Some good news is that from Saturday March 2nd The Science of Soul will be available on WMEL Radio based in Baltimore, Maryland, so there are even more options for you tune into the show. I thank the WMEL management for inviting me to become a part of their team. Ok It's music time sit back and enjoy and please remember to spread the word . 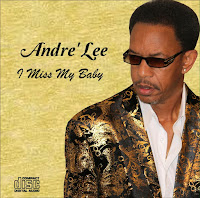 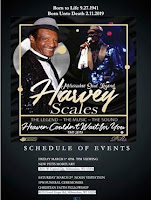 Randy Hall - How Do You Want Your Love 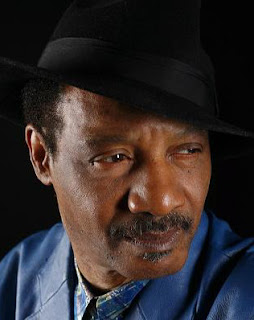 Songwriter/singer/producer Harvey Scales is best known as the co-writer of Johnnie Taylor's mega-hit "Disco Lady," and he also co-wrote the R&B hit "Love Is Better in the A.M., Pt. 1." In 1961, the Arkansas native formed the Milwaukee-based R&B band Harvey Scales and the Seven Sounds. Influenced by James Brown, the group concentrated on funk. Recording for Lenny LeCour's Magic Touch Records, the band had a hit with "Get Down" b/w "Love-Itis." (The latter track was later covered by rockers the J. Geils Band.) In 1969, the group signed with Chicago-based Chess Records and released the LeCour-produced "The Yolk," "I'll Run to Your Side," and "Leave It for the Trashman on the label's Cadet imprint.

Working with Davis, who was having hits with then-Stax artist Johnnie Taylor, Scales cut sides for the Memphis-based label including "What's Good for You (Don't Have to Be Good to You)" b/w "I Wanna Do It." When Stax became inactive, Taylor signed with Columbia, retaining Davis' services. Recording at Davis' favorite studio (United Sound Studios in Detroit), the producer used the Impressions' "Gypsy Woman" and an African dancer he had seen on a vacation to Spain as a template for a partially finished song ("Disco Baby") that Scales had brought to him. Davis took it to Collins and Worrell, who honed and tightened up the groove, while veteran arranger David Van DePitte did the horn arrangements. Brass Construction 5 Based on the success of "Disco Lady," Scales was able to secure a recording deal with Casablanca. His 1978 label debut Confidential Affair was a collection of disco-laced soul, later a favorite years among dance music and Northern soul devotees. His next Casablanca album was 1979's Hot Foot: A Funque Dizco Opera, which included the singles "I Get Off on You" and the 12" single "Baby Let's Rock." Scales also co-wrote (with Bunny Sigler) "You're Gonna Get Yours" on Instant Funk's V LP and the pro-basketball tribute "Slam Dunk the Funk" on the band's Looks So Fine album. Somebody Else's Somebody is the title of Scales' 1997 album on Four Sight. (allmusic.com)
Posted by Mickey Nold No comments:

Welcome to the Science of Soul featured artist on this weeks is gentleman from Ann Harbour Michigan Mr Floyd Harvey Robinson i am privileged to two just completed tracks from his forth coming project , you know like my soul silky smooth well this fit right into that bag. I think you will enjoy. We have more new music from Houston Texas the lovely Miss Evette Busby is back with a great new single "Don't Stop" and Leroy Allen is currently smokin' hot with another new release written by Stan Mosley and produced by Frank McKinney "Your'e The Best" is tearing up the southern soul scene . We have current releases from Roderick Dolphin , DeAndre, Wanda Ray Ellis ft Felton Pilate of the band Con Funk Shun and we are dipping into the current album from Von B & D L Wilson "Presents" . UK Soulman Lukas Setto is getting great revues on his latest outing "What Turns You On" and its not hard to see why i am looking forward to more product from this young man. For the old Skool folks we have Amuzement Park Band the group that featured the highly respected songwriter and bass player Paul Richmond plus legends Frankie Beverly & Maze , ZZ Hill and lots more to take you back in time. Sit back enjoy and please share with a friend and thank you for stopping by.


Hour Two
Wanda Ray Ellis ft Felton Pilate - I Got To Be Strong
Lukas Setto - What Turns You On
Floyd Harvey Robinson Project - Mystical Lover
Floyd Harvey Robinson Proj - Made Up My Mind
Clay Hammond - I Know What Love Is
ZZ Hill/Dorothy Moore - Please Don't ..
.. Let Our Good Thing End
William Bell - If Sex Was All We Had
Amuzement Park Band - Do You Still Love Me
Will Easely - Whatever
Iron Horse - Come And Be My Lady
DeAndre - Should'a Known Better
Frankie Beverley & Maze - When You Love Someone
Posted by Mickey Nold No comments:

Sorry no Podcast this week due to studio problems
Posted by Mickey Nold No comments:

Welcome to this weeks Science of Soul, We are sad to report the the death of James Ingram who was sadly only 66 yrs old, check out the Zingara track on this weeks playlist it takes you right back to the beginning of James career ... his music legacy will be with us forever.
Featured artist on this show is Rockie Robbins , It's been awhile since we had new music from Rockie but it was worth the wait this new release is pretty special. It's great to the real old skool soul folks back in the studio and making great music.

We also have the new release from Leroy Allen "HighTech Woman" lookout for more new product very soon from Leroy he is currently in the studio with my main man Mr Stan Mosley I have heard some of the tracks in progress . you will not be disappointed. Representing the ladies we have Chicago's very own Ms Jesi Terrell and London based Lorena Dale and guess who is back...Ms Patti Austin as i mentioned earlier its great to see the legends back in the studio.
Ok sit back and enjoy it's a real pleasure to have your company.. 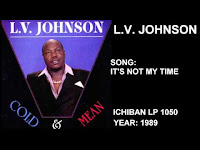