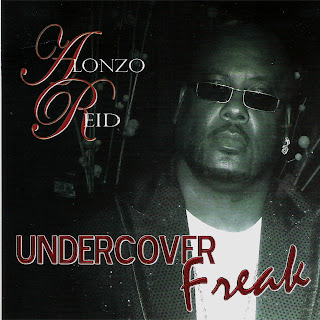 Welcome to this week's Science of Soul blog, I have featured two tracks in this weeks show from Alonzo Reid new album Undercover Freak, for those not familiar with Alonzo Reid he is a native of Montgomery, Alabama. He was inspired at the age of six to play drums by his mother. He was raised and taught by gospel legends such as The Brooklyn All-stars, from New York and The Swan Silvertones of Pittsburg, PA. He played for several local groups around Alabama before going on the road with the Pilgrim Jubilees of Chicago, IL. He had the privilege to play behind many great gospel legends such as Shirley Caesar, Dorothy Norwood, The Mighty Clouds of Joy, The Soul Stirrers and Aretha Franklin before crossing over to Rhythm and Blues in 1997. He played drums and percussions for fourteen years for the late great Marvin Sease, whom I have had the privlege to seen perform live in the USA. He has also played with Mel Waiters for three years.

More info check out the feature on his site. www.alonzoreidmusic.com

Thank you for all the emails and Facebook messages great to hear from my old friends in Leon over there in northern Spain (they were great days) I COULD NEVER FORGET YOU GUY'S. This is the bit were you can all help, if i miss any important new release's don't be shy just let me know, music is for sharing so lets share. You may have noticed a number of audio interviews have appeared on the blog they all include music and were made for P.C.R.L. here in the West Midlands back in the day  (Thank you Mickey Nold) it's quite scary for me to think these are over 20 yrs old, there will be more added in the coming months.

That's enough rambling from me, on to the good stuff, there's a few name's you might not be to familiar with in this weeks show one of which is Jeff Floyd who records for William Bell's Wilbe records out of Atlanta GA. there will be a track from Jeff's upcoming cd on next week's show also Marc Staggers a Washington D. C. based gospel artist and a track from Bunny Sigler's latest cd: From Bunny With Love and a Little Soul. Just click play and enjoy.....

The Science Of Soul

Thanks for returning back for some serious soul music. I'm sorry that I couldn't bring you a Podcast of my previous weeks show, as there was a technical fault at the Bridge involving a strange echo, but hopefully this week it will work for you.

If you like your soul music varied on a Sunday I recommend you listen to Gary Edward's 'Northern Soul & Motown' show from 7pm and Phil Tonk's 'Soul Boudoir' from 9pm on the Bridge. You might have noticed I'm a great lover of live music and my top three DVD's at the moment are; The Dells Live, The O'Jays 50th Anniversary Show & The Dramatics Live, the covers are shown on my right along with a few of the PCRL special tribute shows I've recorded over the years with Mickey Nold, please take time to listen as Ron Banks, Don Mancha & Gladys Horton are no longer with us.

Mickey's also added a two hour Curtis Mayfield tribute button, (bottom right.) If your a Facebook user like myself please click 'like' button on left and you can visit my FB page with big link at the top. On to this weeks show....enjoy! 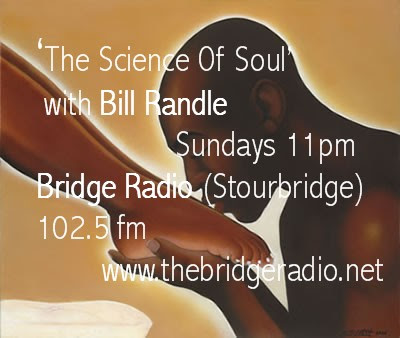