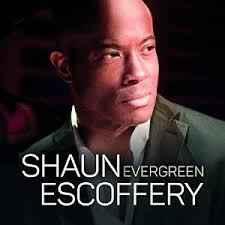 Welcome to the latest edition of the Podcast, first off, it's very rare that a UK based artist gets my Album Feature accolade, but I just could not pass on Shaun Escoffery's new set "Evergreen." I can highly recommend this album from every stand point; it's well written songs, tight production and great mix, with Shaun never sounded vocally better. Definitely one for the collection. One or two other new things here today;  got more from tracks from the Features Album last week, Keith Sweat's "Dressed To Impress" along with David Hollister's excellent new album entitled "MANuscript" with the lovely Ms Katrenia Jefferson, who incidentally is doing very well Stateside with the song "In The Breeze" taken from her current album. 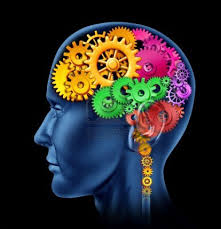 Soul Junction records are just about to drop a new single from the Philly based Coalitions "Nothing Left To Do." is a pretty classy track so I had to squeeze that onto this weeks playlist. I am still playing catch-up, with a little bit with the new music, but I'm getting there thanks to help from my friend behind the scenes, Mr Mickey Nold. Talking of Mickey he as made a few changes to the Blog pages, so its easier than ever to find the most recent shows all you have to do is scroll down the page (over the previous 3 shows) and hit the play button for the show you wanna hear.

Old Skool lovers check out Charles Drain, and a not often played track from the Queen of Soul Ms Aretha Franklin, so as always there's a little something something for everyone. Sit back enjoy no matter how you tune into the Science of Soul it's always a pleasure to see you. 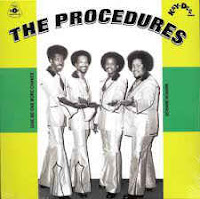 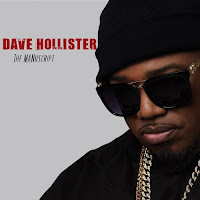 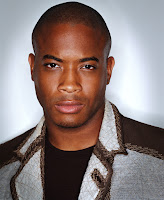 Shaun Escoffery is a British soul and R&B singer and actor, who was born in London. His first major release was the single "Space Rider", released by Oyster Music in March 2001. It was played regularly by the BBC Radio 1 DJ Trevor Nelson and The Dreem Teem. It peaked at #52 in the UK Singles Chart, and was followed by the UK #53 hit "Days Like This" in 2002. After releasing several other singles on the same label, Escoffery became more noticed for his voice - being noticed by Lennox Lewis, who invited him to Memphis, Tennessee, to sing the national anthem before his boxing match with Mike Tyson. In 2007, Escoffery released an album entitled Move into Soul, which included cover versions of "A Change Is Gonna Come" and "I Heard It Through the Grapevine". Also that year, he received a Laurence Olivier Award nomination for his work in the stage musical Parade, and the following year played Mufasa in a London production of The Lion King. Escoffery's other West End credits include Les Misérables, Smokey Joe’s Café, Tommy and Mama I Want to Sing. More here
Posted by Mickey Nold No comments:

Thanks for stopping by this weeks Podcast, I'm finally catching up a little with the new music this week, also be album tracking from the current sets by; Nick Pride & The Pimptones (love the name, lol) Kindred The Family Soul, Anthony David plus Steppers favorite Cardell Harrington. I also have the debut single from Bob Ivory that's titled "Lets Unwind," a special thanks goes out to my brother Glen Trevillion for hooking me up with Bob. Featured Artist/album this week is from Keith Sweat, with his new album "Dress To Impress" it's just amazing, I'd loved the single "Good Love" that came out at the beginning of the year, and was a regular on show's playlist, the album does not disappoint plus I have included 3 of his tracks this week, but rest assured I will be playing every track over the coming weeks - it really is that good!

My Favorite concert venue, that's The Star Plaza, has announced this years Thanks Giving Soul Jam for November 25th, it will be the last ever sadly, due to the venue being torn down to make way for a new hotel and shopping mall, but its going out in style with; The Manhattans, The Dramatics, Bloodstone, Enchantment, Blue Magic and just to round it out the great Lenny Williams ... it's gonna be special.  I hope you enjoy this weeks selection, and please spread the word and share the link, music is a wonderful gift to give. 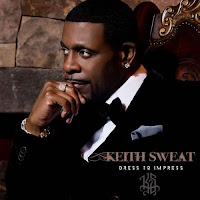 Isaac Hayes - Joy
Nick Pride & The Pimptones - Good Day
Cardell - I'll Do What You Want Me To
Homemadesoul - Work It Out
D. Calvin - I Choose You
Five Stairsteps - Time
Avery Sunshine - See You When I Get There
Kindred The Family Soul - All My People
Keith Sweat - Special Night
Keith Sweat ft. Silk - Tonight
Jungle Brothers - Doing Our Own Dang
Wilson Williams - Faith Will Bring Home 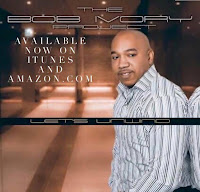 Calloway - I Desire You
Billy Paul - Word Sure Gets Around
L. J. Reynolds - Don't Give Up On Us
Anthony David - Boo'ed Up
Je'Kentra - Can't Love One
Bob Ivory - Let's Unwind
Keith Sweat - Dress To Impress
Charlie Wilson - Life Of The Party
Fred Jackson - I Could Use A Little Love Right Now
Joe Leavy - Real Love
Ted Pendergrass - Now Tell Me That You Love Me
Jeff Floyd - Changing Times 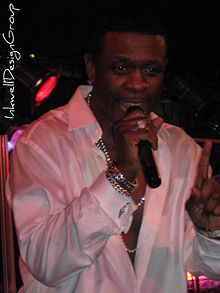 Keith Douglas Crier (born July 22, 1961), also known as Keith Sweat, is an American R&B and soul, singer-songwriter, record producer, actor, radio personality, and an innovator of new jack swing. Keith Sweat was born in Harlem, New York to Juanita Sweat, a hairdresser, and Charles Crier (died 1973), a factory worker. Juanita raised their five children alone after the senior Crier's death. He worked as a night stock boy at Macy's and then a mailroom clerk at Paine Webber. In just four years he worked his way up to a lucrative brokerage assistant job on the floor of the New York Stock Exchange. Sweat worked for the commodities market in the New York Mercantile Exchange. Sweat sang at nightclubs throughout New York City until he was discovered and offered a recording contract with Elektra Records in 1987. More at Wiki
Posted by Mickey Nold No comments:

Welcome to the Science of Soul, back live after my three week trip to the United States, but I'm still struggling to catch up with all the new music, but fear not, I will be on the case later this week ready for the next edition.
My Featured Artist this week is a young man by the name of Jr. Blu, I have selected three of his real smooth tracks that I hope you will enjoy. There's new music from Shreveport's favorite Son Tony Sullivan, who is currently working with a former member of Harold Melvin & The Bluenotes, by the name of Jerry Cummings and the results are pretty impressive I must say.

Got a chance to see The O'Jays last week in Battle Creek, Michigan, and I never need an excuse to play them so I have included solo projects from each member. Listen out for the current single from Joe Tex II, in case you missed it a few weeks back. OK ,on with the music ... enjoy and spread the word and last but by no means least A BIG THANK YOU TO MICKEY NOLD for keeping everything running while I was away. I would be lost without his efforts [ yeah - I got stung by a wasp for my efforts :-( ] .
Sunday's Playlist 11/09/2016 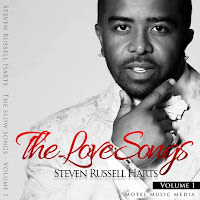 Shabbaz - Will You Be There
Anthony Hamilton - Spend Some Time
Bobby Womack - I Can Understand It
The Whispers - Butta
Fred Bolton - Must Be Jelly
Eric Nolan Grant - Reminds Me Of You
Jr. Blu - My Baby
Jr. Blu - Missing You
Joe Tex II  & Shay Hyter - Hold On
Tony Sullivan - Oh What A Woman
Steven Russell Harts - Sex Flick
Jackie Wilson - Where There Is Music
Donald Lee Richardson - I've Learned My Lesson 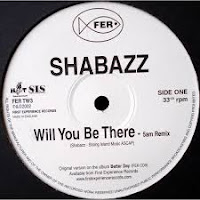 Walter Williams - Love Wont Let Me Wait
Eddie Levert - I Dont Wanna Be The One
Frankie Beverley & Maze - Call On Me
Isaac Carree - Chances
Jr. Blu - If There's Anybody Here
Micheal Jackson - Love Never Felt So Good
Gregory Porter - I'm On My Way To Harlem
Curtis Mayfield - You Mean Everything To Me
Bloodstone - Something Missing
The O'Jays - Let Me Into Your World
William DeVaughn - You Can Do It
Sam Dees - Secret Admirer
Vasti Jackson - I'm Still In Love With You 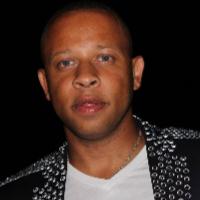 Bright and energetic, this new artist and performer has combined a soulful, sultry sound with pulsating lyrics and driving melodies in his music.  Presently residing in Cleveland, Mississippi, JR Blu was born June 2, 1982 at the Bolivar County Hospital in Cleveland, Mississippi. The only son of William and Clara Fonville, William Fonville Jr., also known as JR Blu, grew up in nearby Ruleville, Mississippi. As a youth he participated in sports thru Junior High School but then found his true love at Ruleville Central High School and her name was music. That's when he picked up the saxophone and joined the Ruleville Central Marching Band. His sophomore year he became the Drum Major and for the next three years he led the "Little Sonic Boom" in their performances.

However before leaving Junior High School, he forged an invaluable connection that would create an underlying passion that has fueled his soul 'til this very day. Blu and five of these friends formed a gospel group called "Rising Sons." During his years at RCH he began to hone his skills as a lyricist spending countless hours with pen and pad. While there he joined the school's Gospel Choir and through his stellar performance he was offered a scholarship in music to Mississippi Valley State University, where he was also a part of the MVSU Gospel Choir and the Jazz Combo. More at cdbaby
Posted by Mickey Nold No comments:

Sorry no Blog or track listing this week (annoying bleep noise goes away 20 mins in)
Posted by Mickey Nold No comments: