It's Science of Soul time once again! On this weeks show there is new music from the legendary Freddie Jackson, there's been some concern regarding his health of late, but he is sounding as great as ever, and I'm lovin' this new single. A new name to the Science of Soul is Freaky B., out of Birmingham, Alabama, his current project "Shothouse to Shothouse" is being very well received. Brandon Wattz, Robert Owens and Jimmy Allgood round out the new releases today. Baltimore legend Bobby Finch is causing quite a stir with his classic reissue "Get A Hold Of Yourself," exciting times ahead for for him and well deserved. I must congratulate my great friend Dillon Gorman who received the ASCAP Award in Hollywood ,Ca, on behalf of his late father Freddie Gorman from The Originals, richly deserved, I was blessed to know his Father he was a real gentleman and amazing talent.

On the gospel side Clinton Coleman's classic "Write Up To Heaven" is causing quite a stire, Clinton as just completed a deal for global distribution of this great work, and he is busy writing new material for his forthcoming project. I will keep you updated on that. There is also lots of Old Skool gems for you this week, so sit back and enjoy. Incidentally if you have the Amazon product Alexa all you need to do at 8 pm GMT or 3 pm Eastern Standard on Sundays, is say; "Black Country Radio" and it will take you direct to my live show!

Hour One
Garfield Fleming - Don't Send Me Away 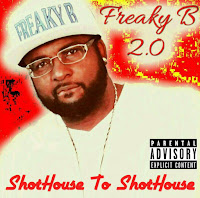 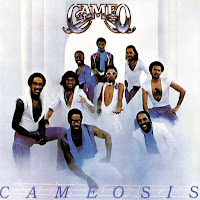 Email ThisBlogThis!Share to TwitterShare to FacebookShare to Pinterest
Labels: 29-04-2018

Thanks for supporting the Science of Soul, on this weeks show I will be featuring the latest album from singer/actor/dancer Darian Ford, This guy does it all, a Chicago native who has a great sense of tradition, his vocal style kinda reminds me of the late Al Jarreau, that's no bad thing, "New Standards" is a polished set of mainly original songs with a couple of classic covers thrown in but done in Darrian's unique style..this album is something very different and I think you will enjoy. 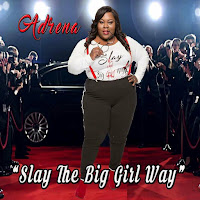 There is also current music from Southern Soul lady Adrena I'm also dipping into the latest album projects from Robert H Fowler & Tanya Holt, the album "Can We" is produced by Dwayne Palmer of Lovebeams productions it has been very well received plus there is a track from Brian Courtney Wilson, his new set aptly titled "A Great Work" is garnering a great deal of interest with Gospel music field. As always I like to bring you a little something different yet still retain the Soul. There are lots of Old Skool classics as always some well known some not so known but all quality music none the less. Find a quiet place sit back and enjoy the Science of Soul and please tell your friends to tell their friends it's how I grow. 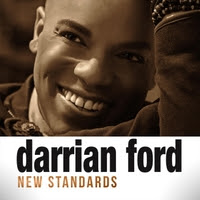 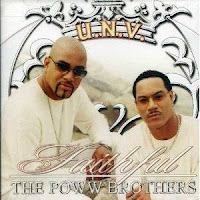 Zaki H. Shabazz - What I'd Like To Do
Teddy Pendergrass - I Want My Baby Back
The Whispers - What Will I Do
The Whispers - Does She Care
The Dramatics - Your The Best Thing In My Life
Poww Brothers - L.O.V.E.
The Dynamics - We Found Love
Tyrone Davis - We Were In Love Then
Darrian Ford - To Be Your Man
Guiltypleasures - Anticipation
Karin Jones feat. Eddie Levert - Ready, Ready Love
Ron Isley - Dinner And A Movie 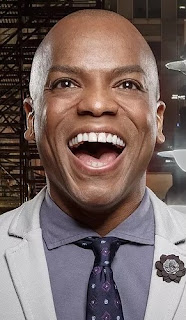 The Chicago native and began his professional theater career at age 13 in Oscar Brown Jr's THE GREAT NITTY GRITTY. At 15 he joined The Joseph Holmes Chicago Dance Theater and at 19 moved to NYC to dance in the companies of Alvin Ailey and Donald Byrd/The Group. He made his Broadway debut as Charlie in Rodgers & Hammerstein’s STATE FAIR, about which the New York Times said “...note the expert dancing of the irrepressibly comic Darrian Ford.”

He also appeared in The Who’s TOMMY (B’way/First National), SMOKEY JOE'S CAFE (First National) for which he won The Black Theater Alliance Award for Best Actor in a Musical, and the First National tour of THE COLOR PURPLE. He finally re-debuted in his first Chicago Production since moving back home in 2009. Of The Court Theater's 2017 production of FIVE GUYS NAMED MOE, The Chicago Tribune said "Little Moe (Ford) lends High Tenor Zest to the (songs)...the long time dancer has lost nothing to the years". Get a load of that! A more complete bio @  www.darrianford.com
Posted by Mickey Nold No comments:

It's Science of Soul time once again, this week I'm featuring the new EP from Saint Jaimz "Life Songs" in addition too I have great new releases from Stan Mosley, Brandon Wattz and a powerful new track from Vince Broomfield "Cautiously Optimistic," and lets not forget Montreal, Canada's very own R&R Soul Orchestra. There is lots for the Old Skool folks this week including General Crook , his self titled album is just crying out to be remastered and reissued (subtle hint to all you reissue labels) it truly is a masterpiece. Soul Junction records continue reissuing some great hard to find classics their latest release is no exception, being a real gem with Chuck Stephens a one time New York DJ who recorded a few tracks himself, he gets the Soul Junction treatment and it's available in limited quantity's so get it while you can.

I would like to take time to wish my fellow BCR presenter and a very dear friend Garry Edwards a speedy recovery from his upcoming surgery this week, cant have him off air for to long else Sundays wont be the same. Ok its music time sit back and enjoy and please tell a friend about the Science of Soul. BTW - Podcasts from today are in 320 kbs, top sound quality. 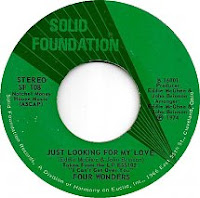 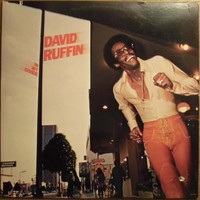 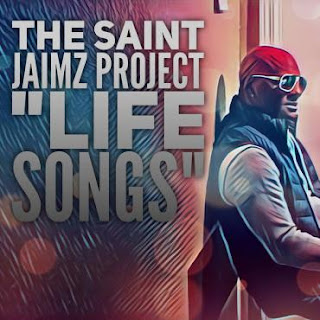 Based in California, singer - songwriter - producer Saint Jaimz has overcome incredible obstacles in order to follow his musical journey. A 16 year U.S Army Veteran, Jaimz served his country with great pride. "The army is where I got my start in recording & singing live." says Jaimz. It is because of a military talent show in Germany, that he is involved in the music business today. Once you initially listen to Jaimz's vocals, you are immediately taken aback to the legendary R&B slow jams of the 90's. He is amazing! His creative approach to marketing have allowed him to entertain many offers from the biggest moguls in the business. Once you've heard him, you are hooked! His lyrics, his melodies, his voice, his productions can battle any major record label artist. Saint Jaimz has sewn up a seamless blend of throwback classics & present-day contemporary soul works, sure to please the most refined R&B critics & fans. Neo Soul, Pop, Hip Hop, & Rock, flow through his veins when he is creating his masterpieces. He has the ability to make the legendary old school sounds, new again with his modern approach. "I write and sing “LIFE Songs” not “Love Songs.” says Jaimz. Working with an incredible management team & celebrity publicist Danie Cortese, will most certainly veer his career to unbelievable heights in the months to come. Be sure to check him out and stay tuned for more amazing developments. 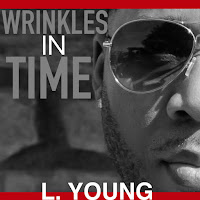 It's Science of Soul time once again and thank you for stopping by. Featured Album for this week is "Wrinkles in Time" from L Young had this on repeat in my car for a week it just gets better and better, Highly recommended. There is also new music from Ms Karen Linette plus we are dipping in to Sir Charles Jones latest album "Masterpiece" . Detroit's own Bobby Helmz has new album that was recorded at the legendary Masterpiece sound studios that is due for release very soon and one of the lead singles from this set is included on the show "Changes" as been very well received and really raised Bobby's profile. Baltimore legend Bobby Finch is all set with the reissue and remix of his classic "Get A Hold Of Yourself" and we also the current hit from Stevie Tee. For the old skool folks there are few things you might just have forgotten, so sit back and enjoy the Science of Soul .. if you scroll down the page you will a great chance to see the pilot video of a show that's coming to HBO in the states its a fun look at the Chicago club scene and is produced by my good friend Robert "Money" Kimp a real Chi Town Character.

Thanks for stopping by The Science of Soul. On this weeks show I have new music from Roosevelt Wade , Sassy D and our Featured Artist is Robert Owens, Robert's EP 360 Degrees is a pretty classy affair though I have to say when I saw "My Girl" on the track list my first thought was "oh no," someone else is gonna destroy the classic ... well let me tell you I was very wrong. Roberts version of the Temptations classic is the highlight of the set for me.  A smooth production and great vocals, to say I was surprised would be an understatement. Roosevelt Wade is one of the nice guys in the music business and his current release "This Bed Ain't Big Enough," is super smooth I think you will enjoy. Lots of nice things for the Old Skool folks to a classic from Stan Mosley and listen out for the TNJ's its a classic slice of Philly soul. Gotta shout out to the good the good folks at Club Edge in New York City for running the show live last Sunday  - thanks for the great feedback. OK it's music time sit back and relax and please tell a friend about the Science of Soul. 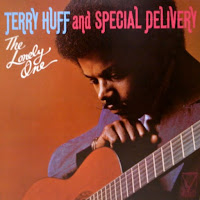 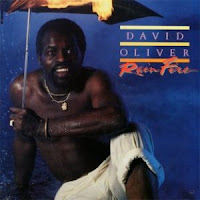 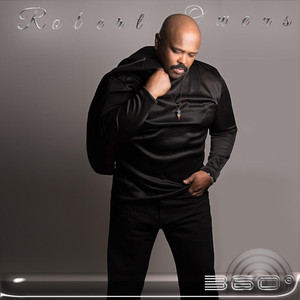 Born in Ohio in 1961, he grew up singing in the church, but was working as a DJ when he met pioneering Chicago producer Larry Heard in 1985. The pair formed Fingers Inc. with Ron Wilson, and released a few excellent singles ("A Path", "Mystery Of Love", "It's Over") and the 1988 full-length "Another Side" .The group dissolved soon after, though, as Heard's burgeoning solo-production career (as Mr. Fingers) took over.
Owens had already released tracks on his own - "Bring Down the Walls" and "I'm Strong" for Alleviated, with production from Heard - and he signed a solo contract with 4th & Broadway. His 1990 LP "Rhythms in Me" was a solid effort, though it soon disappeared within the quickly disintegrating Chicago house scene. (One of his best-known features of the late '80s, the epic house moment "Tears," appeared under the names of Frankie Knuckles and producer Satoshi Tomiie.)

Owens had basically retired from music by the early '90s, preferring instead to run his own Christian bookstore. By 1996, he'd returned to dance music with "Ordinary People", a two-part EP for Musical Directions. He teamed up with Tomiie and Cevin Fisher for a track from Tomiie's "Full Lick" LP in 1999, and one year later Owens appeared on the Photek smash "Mine to Give".
Posted by Mickey Nold No comments: