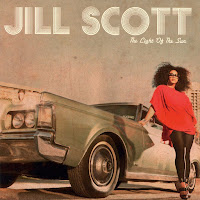 Thank you for stopping by this weeks Science of soul, Its been a chaotic week due to a serious bout of man flu and my imminent trip to the states so at the time of writing this I am not sure of what I will be playing but it will include new music from Uvee Hayes Sir Charles Jones & Sean Whyte. I think we will call this edition the Surprise of Soul lol. Thanks to Mickey Nold for bearing with me this week in getting him info to use on the site normal service will be resumed soon. The next two weeks show have been pre recorded due to my trip to the states but you can keep up to date just visit me on FB follow the link on the page. Ok sit back enjoy the music and we see what pops up..... 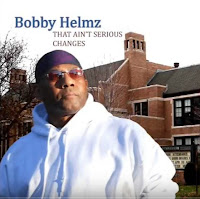 Spend The Night - Keni Stevens
Lomax - Get This Party Started
Eric Benet - Trippin'
Big G - Down On My Knees
Angelo Bond - I Never Sang For My Baby
Bobby Helmz - That Ain't Serious
Thundersoul Orchestra - Hey
The Chi-Lites - Give Me A Dream
Devier - It's About We
Native Sonz - All The Time
The Younghearts - Stop What Youre Doing , Girl
Paul Cannon - Soul Lover

Magnificents - Don't Take Your Love
11th Commandment - Have You Had Any Heartaches Lately
Average White Band - Keepin' It To Myself
Bobby Womack - If You Can't Give Her Love, Give Her Up
Gerald Levert - Answering Service
Jill Scott Feat. Anthony Hamilton - So In Love
Ray Goodman & Brown - I'll Remember You With Love
Randy Brown - I'd Rather Hurt Myself (Than Hurt You)
Sean Whyte - Gold
Isaac Hayes - A Few More Kisses To Go
Teena Marie - Give Me Your Love
Mike James Kirkland - You Put It On My Mind
Posted by Mickey Nold No comments:

Email ThisBlogThis!Share to TwitterShare to FacebookShare to Pinterest
Labels: 25-02-2017 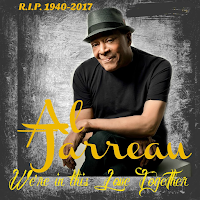 Welcome to this weeks Science of Soul, I am sure your aware by now of the sad passing of Jazz music icon Al Jarreau who died on Sunday, February 12th, at the age of 76 years. Though not classed as a Soul artist per say, he was loved for his unique style, and it's only fitting that I pay tribute to him. A few tracks that are amongst my personal favourites are included, I hope that you enjoy.

On the new music front this week I will be dipping into last weeks featured album by Paul Cannon "Love & Heartbreaks" plus we got new track from blues lady Stephanie McDee and it's a very different sound from her so I thought I would share so see what you think. I played the new hit track from K Avett a few weeks back I wanna remind how great that is so included that in this weeks show to. In addition we have our usual mix of old and not so old to balance out the show, so sit back and enjoy.

On a happy note it was great to see Bobby Rush receive a Grammy Award in this years honours list .. long overdue but better late than never. 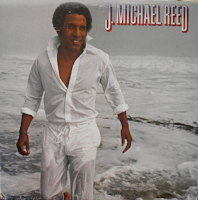 M V P - I Don't Wanna Stop Loving You
Paul Cannon - Feels So Good
Barbara Stant - He's Still Your Man
K Avett - The Matter ( Why Are We Here)
Johnny Gill ft. Roger - It's Your Body
J Michael Reed - I Just Wanna ( Be Inside You)
H'Atina - A Thang
Philly Devotions - I Just Can't Say Goodbye
Ronnie McNier - I'm Your Lover
Willie Hutch - Anything Is Possible If You Believe In Love
The Temptations - Heavenly
Hewitt - Is It Me 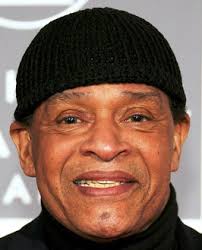 Al Jarreau biography:
Alwin Lopez Jarreau (March 12, 1940 – February 12, 2017), better known by his stage name Al Jarreau, was an American singer and musician. He received a total of seven Grammy Awards and was nominated for over a dozen more. Jarreau is perhaps best known for his 1981 album Breakin' Away. He also sang the theme song of the late-1980s television series Moonlighting, and was among the performers on the 1985 charity song "We Are the World". Jarreau was student council president and Badger Boys State delegate for Lincoln High School. At Boys State, he was elected governor. Jarreau went on to attend Ripon College, where he also sang with a group called the Indigos. He graduated in 1962 with a Bachelor of Science in psychology. Two years later, in 1964, he earned a master's degree in vocational rehabilitation from the University of Iowa. Jarreau also worked as a rehabilitation counselor in San Francisco, and moonlighted with a jazz trio headed by George Duke. In 1967, he joined forces with acoustic guitarist Julio Martinez. The duo became the star attraction at a small Sausalito night club called Gatsby's. This success contributed to Jarreau's decision to make professional singing his life and full-time career. More at Wiki

It's Science of Soul time once again and this week I have a great new featured album, it's the debut set from Texas based Paul Cannon, entitled "Love & Heartbreaks" and it's a Classic in every sense of the word and along time in the making, but well worth the wait I could have played every track from the album and there's lots of them.

Other new stuff this week comes from a young bunch of guys from the 'city of brotherly love', called Native Sonz they are set to put Philly back on the map with there new single "All The Time". In the mean time they are keeping us waiting on the new Charlie Wilson album "I'm Blessed" but they have given us another taster in the form of "Chills" a track that's sure to please his fans. Gallant is back with a great new single "Cave Me In" and we have current hits from Ty Causey and Nellie Tiger Travis plus our normal mix of old school classics . 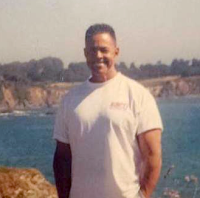 This week a good friend of mine Don Frank from Sacramento, California, sent me a couple of tracks that were totally new to me. Don's knowledge when it comes to vocal groups is second to none and his collection of recordings is a national treasure, I'm sure your gonna enjoy his selections Raydius "I Made Up My Mind" and The White Family Band "Miss America Stand Up" both classics that just blew me away. OK that's enough teasing from me hit the play button and enjoy.


Sundays playlist for 12-02-2017
Hour One
Leon Timbo - Your'e My Darling
Dorthy Moore - You Can't Blame Love
Gallant - Cave Me In
Charlie Wilson - Chills
Nellie Tiger Travis - All The Love
Native Sonz - All The Time
Paul Cannon ft. N'Dygo - Lets Dance
Paul Cannon - What Would I Do
Jeffrey Osborn - Crazy Bout Cha'
Raydius - I Made Up My Mind
White Family Band - Miss America Stand Up
Ty Causey - Ya' Some Kinda Wonderful 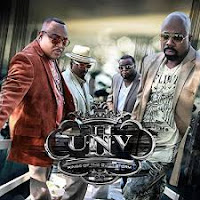 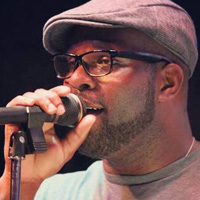 Paul Cannon biography:
Paul Cannon is a highly, talented vocal artist who's sound exhibits a touch of old soul and new contemporary music. Although being considered as a "New" solo artist, Paul has been on the "live cover band" scene for years singing tunes spanning from Al Green and Marvin Gaye to Anthony Hamilton and Joe Thomas. The son of a preacher, Paul grew up singing in his father's church idolizing the sounds of gospel artists such as Fred Hammond, The Winans, and Commissioned to name a few. Paul Cannon is now ready to share with the world his own sound, style, and personal life experiences through his music. Paul is dedicated to getting back to real love; touching on grown and mature relationship topics as well as showcasing live music instrumentation. His first single, I'm Good, from his debut album "Love & Heartbreaks" accents the positives of living a good life one day at at time. Look out for Paul Cannon and his debut album, "Love & Heartbreaks", scheduled for release in the Spring of 2014. For more information on Paul Cannon, visit www.musicpaul.com. 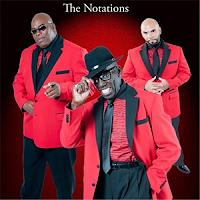 Welcome to this edition of the Science of Soul. It's always my pleasure to share with music that I love, even the new releases this week have an old school flavor. Legendary Chicago vocal group The Notations are back with a new single "Just Your Love" and I gotta say the fellas sounded great back in the day and they still sound great today and this track really took me by surprise. I for one, am hoping there gonna be a resurgence in the 'sweet soul sound' that I grew up with, it's so refreshing to hear tight harmonies again.

Talking of great groups from back in the day, Philly favorites, The Trammps have been back in the studio and the result just might surprise you. It's a smooth ballad called "Let Me Love You Tonight," also in the show this week is new music from Sir Charles Jones with the title track from his forthcoming album "Destiny," looking forward to this set. There is plenty of Old Skool classics on this weeks show with some you just might have forgotten and some you might not know. Listen out for Richmond International and The Congenial Four, both my favorites. Ok, it's time for music so just hit the play button sit back and enjoy the journey ... remember be sure to tell a friend about the Science of Soul. 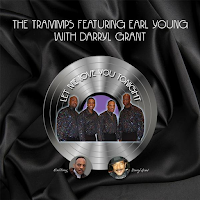 The Notations - Just Your Love
Soul Basement ft. Jay Nemor - I'm Doing Fine
The Chi-Lites - Heavenly Body
Sir Charles Jones - Destiny
Arnold Blair - I Finally Made It Home
Sandra Wright - I'll Come Running Back
Joe - Good Girls
Cupid - I Still Believe In Love
Charles Drain - Lifetime Guarantee Of Love
Carl Carlton - I Think Its Gonna Be Alright
The Four Tops - How Will I Ever Forget Her
The Dramatics - That's My Favourite Song
Stan Mosley - You Oughta Be With Me

Hour Two
Toney Fountaine - Come Back To Me
The Superior Band ft. Rebekah - Magic
Betty Wright - Thank You For The Many Things You Do
Mel & Tim - Keep The Faith
The Congenial Four - You Played The Part Of A Loser
Bridgette Bryant - Soft Places
Sargent Tucker - I Need Your Love
Phyllis Hyman - The Sunshine In My Life
The Trammps - Let Me Love You Tonight
Richmond International - Maybe, If I Leave You
Crystal Winds - Love Ain't Easy
Kem - I Cant Stop Loving You