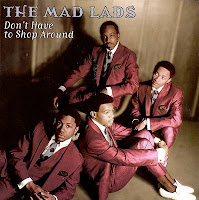 In today's show I have a featured group, rather than an album. The Mad Lads are one of a many great vocal groups from the 1960's, these guys never really got the recognition they deserved, so I have selected three favorite tracks of theirs. I hope you enjoy them as much as I do. I'll will be posting a Podcast Special very soon, "The Soul Junction Story; The First Five Years," being joined by owner and a good friend of mine Dave Welding, he was so kind enough to agree to record an interview, and within the next couple of weeks Mickey and myself will be editing and adding music to it, I think it's very important we document soul music history.


Back to today and music here from a current line-up of people like; Q Harper, CoCo Wade, Devon Howard, KeJam featuring Terry Harris and a killer gospel track from Isaac Carree. The line-up will also include 'two in a row' from the great Stan Moseley,so quite a varied collection today with a little something for everyone hopefully. Thank you for all the great feed back through my Facebook page, yes I really appreciate you all taking out the time to contact me.

It's now on-with-the-music, sit back enjoy, and please share with a friend. 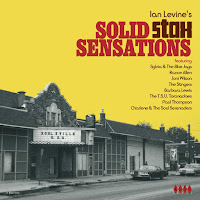 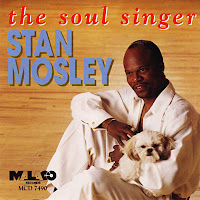 Trey Songz - Please Return My Call
Q Harper - Pretty Lady
Isaac Carree - Chances
Margie Joseph - One More Chance
Devon Howard - Can We Fall In Love
Conya Doss - Love
Mad Lads - What Love Tends To Make You Do
The Dells - Tripped Slipped & Fell In Love
Grace Love & The Lovers - Love You Down
Chuck Jackson - I'm Needing You , Wanting You
Floyd Taylor - All Of Me All Of You
The Four Tops - Nature Planned It
Freddie Jackson - I Could Use A Little Love Right Now 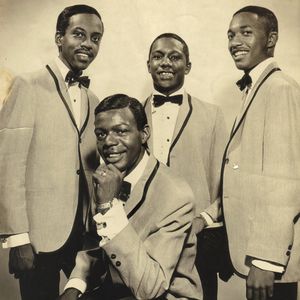 One of the few vocal groups on the Stax roster during the '60s, the Mad Lads' doo wop-influenced harmonies -- featuring the high, innocent tenor of John Gary Williams -- were more akin to what you might find in Philadelphia soul acts than those of their native Memphis. The group members were still in high school when the Mad Lads were signed to Stax in late 1964. In the mid-'60s, they enjoyed solid R&B hits with "Don't Have to Shop Around," "I Want Someone," and "I Want a Girl," although they never would cross over to the pop audience. Williams and fellow Mad Lad William Brown were drafted in 1966, and their recording career was suspended while they were in the service (although they carried on live with replacements). After their discharge, Williams and Brown were told by fellow original members Julius Green and Robert Philips that they didn't want Brown in the group; Brown and Stax co-owner Jim Stewart forced them to reinstate Williams, but their subsequent efforts were more in the Stax soul/funk formula, and not as memorable as their more atypical mid-'60s singles. They did return to the R&B Top 30 in 1968 with "Whatever Hurts You." (All Music)