Welcome back Science of Soul friends it's always good to see you. First up let me thank you for all the lovely emails and F/B messages about the photo's I posted their this week All Mickey's work I might add, for those of you that are new to my page and there are many, seems we get a lot of new followers every week, let me tell you a little about my pal Mickey Nold, he's a MAJOR part of the Science of Soul, he takes care of all the technical things including the podcast. He also puts so much time and work into it, without him it would just be a UK based soul radio show.

The site has allowed us to grow at an amazing rate we now have listeners and visitors from all over Europe, Japan and the U.S.A. Even as far as Australia and South America, in fact places I never even heard of. Make sure you also check out the links to Mickey's own sites, so much great stuff to explore. If you want to listen to older shows the links are all here on the side bars also interviews, many of which have not been heard in over 25 years. Make sure you visit my Facebook page on regular basis because it's updated almost daily.

Onto the music for this week, featured artist is Lisa Taylor, a young lady from Santa Cruz, Ca USA. Whose new album: Let Love Shine is receiving great reviews. I've picked three tracks to include in this week show, so be sure to check-out the rest of the album you won't regret it.

'The Listeners Choice' this week comes from my good friend and a real soul brother, Kenny Green and he's from Chicago. Kenny is a life long soul man and what a great place to live, Chicago, the city with a rich soul history, as is Kenny himself, just check-out the photo he sent me, in it you can see; Roy Ayers, James Brown, Kenny, Scotty from the Whispers and Maceo Parker.... now that's history. I love Kenny's selections and I'm sure you will too [all marked*].

Remember if you want to pick your three tracks, you can Email me at: bill.randle@thebridgeradio.net or message me on Facebook, just send me the title's and a little bit about yourself and I'll do the rest.

New music in this weeks show includes; Theodis Ealey, The legendary Ronnie Isley, Oh and listen-out for Doc Powell and Ollie Woodson... Just beautiful. My 'Gospel Spot' this week comes from Charles Halt with the powerful title track from his album I am.

That's it from me, sit back and enjoy the music and thank you for being part of the Science of  Soul family. 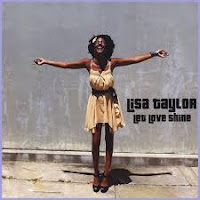 Maze/Frankie Beverly - I Can't Get Over You
Kool & The Gang - Pass It On
J. Redd - Lose My Good Thing
G. Q. - Don't Stop The Feeling
Theodis Ealey/Lacee - You And I Together
Lisa Taylor - Let Love Shine
Lisa Taylor - Wake Up To You
Major Lance - Stay Away From Me
*Earth Wind & Fire - I Rather Have You
*The Whispers - Oivia
*Teddy Pendergrass - Love TKO
The O'Jays - Imagination 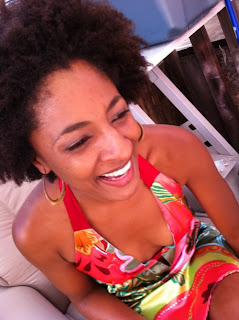 From the Big Island of Hawaii, Lisa Lehua Taylor has been singing her entire life. Growing up in a household where she was exposed to Theatre at a very young age and her parents played everything from Led Zeppelin, Joni Mitchell and The Beatles to Billie Holiday and Ella Fitzgerald, she was always encouraged to pursue her love of music.

Lisa finally started performing at the age of 10 and hasn't stopped since! After years of making a living as a Vocalist in her home state, and performing with some of the best musicians the State has to offer, she's also performed in Japan, Korea and Singapore. Since moving to Santa Cruz 8 years ago, Lisa has quickly built a name for herself on the Central Coast and Bay Area. As the lead vocalist for her band SoulCity, she is also a regular vocalist with The Joe Sharino Band as well as Steve Ezzo and The Monterey Bay All Stars.

On top of all of the performing, She has lent her vocal talent to many recording projects and completed her debut album "LT" in 2010. Her new release "Let Love Shine" was released February 1, 2013. Already a top seller on both the neo-soul and urban R&B charts on cdbaby, the album also has three singles on Amazon UK's mp3 chart for neo-soul. "Let Love Shine" made it's debut on the UK Soul Chart at #21 and by week two had jumped to #14. This new release has been receiving rave reviews. Lisa Taylor is an artist to watch.