Hello to all our Science of Soul family, thanks for stopping by another week and checking me out. I hope you y'all having a soulful Easter. On this weeks show I feature a young lady by the name of FaLisa JaNaye.... this lady just blew me away - great voice and presence a superstar in waiting I think. I'll be including three tracks from her in this weeks show, also check out her web site and Youtube video's. Thanks going out to my dear friend over there in Meridian, Mississippi, Shai Simone (who I'll will also be featuring in the very near future) for hooking us up.

I had quite a few comments about my playing Yolanda Adams last week, all good comments so I might add that I hope to include a contemporary gospel track in each show from now on. It seems there is a demand for gospel and I have to say I'm personally a fan of contemporary stuff. My knowledge though is limited but my mind is open - so please let me know  the tracks that I need to hear. 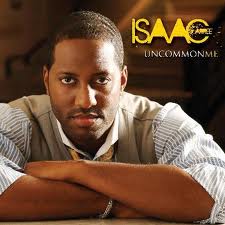 Listen out for Isaac Carree this week's 'G' track, "Chances" is a powerful statement that I am sure hits the spot for so many of us. Thank you Mickey Nold for bringing this one  to my attention. Quite few people have been in touch about my 'Listeners Choice Spot' over last week and it seems a lot of people want to take part - great!

Thanks to Yozi my soul brother over there in Japan for picking three great tracks and getting the ball rolling to a flying start. This week my good friend from Shreveport Louisiana, Louis Brossett as been kind enough to try the impossible and pick just three tracks, Lol..... and a fine job he as done too. Next week a soul legend picks her choice but more about that then.

This weeks play list is a very mixed bag....that's because I've have had a mixed kinda week you see ...but I hope you'll all enjoy them. Remember to check-out my Facebook page because it's updated daily, so always something new to see or hear there too. Facebook is such a great way of staying in touch. I must also this week welcome our new friends in France, looks like we're spreading so please keep sharing my link.The more we reach the more soul we spread.

Hour Two
Gil Scot-Heron - I Think I'll Call It Morning
David Simmons - The World Belongs To Me
Gary Taylor - What Kind Of Fool
Friends Of Distinction - I Really Hope You Do
Isaac Carree - Chances
FaLisa JaNaye - Sweet Love
Z Z Hill - I Don't Want Our Love To Be No Secret
L. V. Johnson - We Belong Together
The Four Mints - Do You Really Love Me
Patrice Rushon - Didn't You Know
Marlena Shaw - Go Away Little Boy
Townsend, Townsend, Townsend & Rogers - Playground Of Love 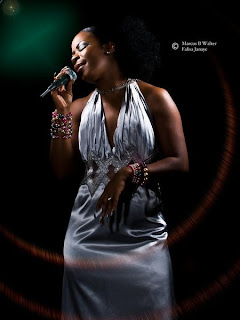 Vocalist, Writer, Entertainer, Actress & Model, FaLisa JaNaye’ the New Face of Tomorrow’s Music Today. This recording artist is best described as Soulful and Original with a heavy Hip-Hop influence. Resting on the soothing power of her sultry voice FaLisa JaNaye brings an electrifying stage performance to her audiences. FaLisa JaNaye’s musical talents were inspired by watching the power of Shirley Cesar, the grace of Whitney Houston and the showmanship of Michael Jackson.
By combining pure elegance with a powerful voice, FaLisa JaNaye’ has quickly gained notoriety from audiences across the world with both live and televised appearances. FaLisa JaNaye’s range in music has allowed her to travel the U.S. and Europe sharing the stage with many of the top acts in both the Gospel and Southern Soul markets. She has been billed with such greats as Gospel Award Winner Keith “Wonder Boy” Johnson and Blues notables Bobby Rush, Willie Clayton. Her love for fashion has allowed FaLisa JaNaye to model extensively in the U.S. and Europe. She has served as lead model for Mrs. Carol’s Hair Salon of Hanau, Germany and for Total Transformation Hair Care Products of North Carolina (modeling at the 2006 Hair Extravaganza- Atlanta, GA). She is currently spreading her wings and venturing into the film industry with a role in the Independent film entitled “The Governor’s Daughter” directed by Lawyer Henderson of Atlanta, GA.
With the recent release of her debut CD under MiLaJa Records entitled ”Sweet Love”, a 2010 Jus Blues Foundation “Most Popular Southern Soul Artist (Female)” award nomination, and a featured article in Signature J Magazine (www.signaturejmagazine.com ; SEP/OCT/NOV pg 72-73) FaLisa JaNaye’ is poise. Web page: http://www.reverbnation.com/falisajanaye
Posted by Mickey Nold