Here we go again.....it's Science Of Soul time.....yet again with my featured artist this week being C. Robert Walker who's new CD "Something Going On" has caused me real problems....in a good way that is...it's just chock-full of great tracks that it was hard to pick just three to include in this weeks show, but don't worry I will be playing more over the coming weeks.This guy is so smooth, kinda like Marvin Gaye but with a style that's all his own. There's no doubt this album is a future classic, checkout C. Robert's biography, I think we gonna hear a lot more about him and my thanks go out to Ms Paris Cesvette for all her help in making this available to us. 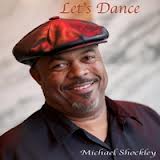 Other new material this week comes from the very talented Detroiter Michael Shockley,who's new single "Lets Dance" is so smooth and polished that I can't wait for the album, If this is song is anything to go by. Soul Mop productions artist J Redd has new material out with "Let Your Sex Go," and it fits right into our 'Baby Makin Music Spot' and is exactly what you would expect.

For those with a thirst for all things soulful I thought I might recommended a few books to you that I have enjoyed quite recently; "Hit Me Fred" is Fred Wesley's wonderfull autobiography and gives a real insight into the the workings of the James Brown funk machine plus a whole lot more, Chicago soul lovers will enjoy Jerry Butler's book Only The Strong Survive, it charts his life from his days as a young man to becoming the soul giant that he is and taking the Chicago soul history even further is Carl Davies' book "The Man Behind The Music" it's an essential read for anyone remotely interested in Chicago soul. Carl was at the forefront during Windy City's heyday. 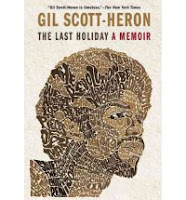 Gil Scott-Heron was always a controversial figure and the book "The Last Holiday" dips into his often troubled life and sadly his passing that has left a void that will be very difficult to re-fill. Gil was a man I had the privilege to know, he was inspiring and also tragic...a true one of a kind. The real impact of his work is yet to be truly recognised and will out live us all. I must finally, on the book front, also give a mention to Bobby Womack's offering, "Midnight Mover," what a life this man has had and book well worth searching out. I will update you further on some other books you might enjoy soon.

My 'Listeners Choice*' this week comes from the lovely Carmen Figueroa Trenas, originaly from Santiago, Chile, but now a resident of Sydney, Australia, where she retired to after working for Qantas Airlines. Carmen often reminds me of songs that I've not played in a while though Facebook. This lady has a wealth of soul as you will see from her selection, I feel sure you will enjoy just as much I did.


Hour One
Natural Four - How You Been
Pat Brown - Love On Loan
Gerald Levert /Teena Marie - A Rose By Any Other Name
Gene Rice - You Gonna Get Served
Jay McCoy - Don't Let Go
C. Robert Walker - How Can I
C. Robert Walker - Something Going On
Archie Bell & The Drells - Don't Let Love Get You Down
Aretha Franklin - Holding On
Curtis Mayfield - Move On Up*
The Gap Band - Outstanding *
Johnnie Taylor - Your Love Is Rated X *
* Listeners choice for this week.

Hour Two
The Manhattans - We Made It
Michael Shockley - Lets Dance 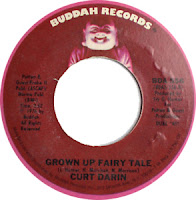 Mike Jamison - Miracle Worker
Major Harris - Saddest Smile In Town
J. Redd - Let Your Sex Go
C. Robert Walker - How Was It For You
Lou Rawls - If I Coulda Shoulda Woulda
Charles Jackson - The Train
Curt Darin - Grown Up Fairy Tale
Gerald Alston - Take Me Were You Want To
The Dramatics - Thank You For Your Love
Shalamar - Just Stopped By 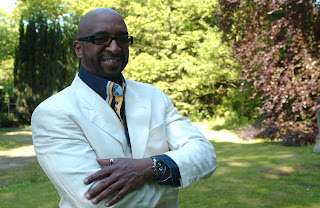 Robert's career starts early in music by playing five instruments and also singer in choirs throughout high school and College.. Became lead singer and songwriter of group "Men With Style" and writes the hit single "Love is Like That" which was released on the Blue Flame Record Label in Germany . Song becomes a hit in America and Europe

The Group was on its way for certain stardom having been invited to preform all over New York and Atlantic City New Jersey and throughout Europe but as groups sometime due they broke up. After some personnel problems he returned to the music by putting himself into doing Musicals in Europe. In Antwerpen Belgium he does acting and singing in the Musical "Soul Baby June" and In the Amsterdam Neatherland The Musicals RESPECT and "It Takes Two". While in Europe Robert teams up with "Syndicate Of Law" for single "Early In The Morning". The next project was with the DJ producer Junior Jack (E-People "We Loved") released by Scorpio Records out of France. Robert then wrote a single for Junior Jacks Room 5 album called "Hey Girl". The next thing was a collaboration with Jocelyn Brown and Junior Jack for single "Hold me Up" . Robert then teams up with "Jazz/Lounge Group "Gard Du Nord" for single "Sold My Soul".

Robert is introduced to DJ/Producer Boddhi Satva who with his Afro-Centric Grooves he creates melodies and harmonies and they begin to create music that moves you…. The first Single is called Get-Up which becomes a classic house track in South Africa and the New York scene… Then they experiment again with a Lounge House type groove called "Nobody Else But You"… and it becomes a classic and is in every DJ's Rotation..Robert Is then introduced to Louie Vega and he is ask to write several songs for Boddhi Satva first and greatly anticipated daybute album. He co-writes the first single off the album Invocations and sings duet with Athenai for the much anticipated single "Who Am I"

Still creating his sound he teams up with Producer Rob Hardht of Germany and Frank Riley of Denmark to write a song for their first project of Cool Million. Writes lyrics and creates melody on song "Pulling Me Back". Song becomes a Hit off the album "Going Out Tonight" and is the first single to be remixed by the Great Tom Molton of New York. Does several other projects with Rob Hardht for Seductive Souls album. Writes 3 Songs for the Spirit Album "Love Don't Hurt at All" , "One People", and the Earth Wind and Fire inspired "How It Feels". Roberts track "Love Don't hurt At All", and "How It Feels" become hits…

Robert teams up with DJ Producer Arnauud Carette aka Juan Pacifico of Green Slash Records for the single "Gimme Your Love" a different vibe the than the soulful house but it is received very well and is ranked number 8 on Smoothtraxx.com. He is again showing his creativity and ability to sing different types of music.

Now Robert is introduced to Rocco a House DJ out of France…They create a Track called "Hard Times for Lovers" on GOGO Music and it becomes a success and is a House favorite throughout Europe, America, South America and South Africa…..
Rocco and Robert come together again to create the much anticipated second release "Love The NIghts" now on Foliage Records… Song goes to number one on Traxxsource and vinyl goes to number 1 on London's BM Soho.