Welcome to the first Science Of Soul for March. There's a slight change to this weeks format in that our featured artist is normally someone with new product on the streets, but I've made the decision to feature E.J. Johnson and his group Enchantment. EJ. has just received the prestigious Soultracks Lifetime Achievement Award. This award is richly deserved and all the sweeter as he is here to receive it,  in that I mean is it's wonderful to see an artist honored in life rather than posthumously as is so often the case, all respect to Chris Rizik at Soultracks.
Today I'll be playing four songs by Enchantment and trust me it was no easy choice, their back-catalogue is amazing, plus as an added bonus (above) to our ever expanding and loyal Podcast listeners, a rare interview I recorded with E.J. back in the late-90's for PCRL radio, in his home town Detroit. Mickey Nold has worked so hard to find this interview and bring it to you. His archive contains so much stuff I've recorded over years and his dedication in preserving soul history is awe inspiring.We have many more interviews to share with you as time and space allows and most of these I have not even heard in over twenty years.


Great to see my old friend Eddie James Kendrick featured on this weeks edition of Unsung. Eddie was a complex and charismatic man and a wonderful talent and a true 'unsung hero.' Please be sure to check it out. Coming very soon we will be featuring Phil Perry's new album "Say Yes," I'm always happy to hear new product from this great singer...... In fact I might give you a little teaser on this weeks show.

Thanks to everyone who took time-out last week to send me birthday wishes, I am truly humbled by your calls; F/B messages and emails. I have tried to reply to everyone but if I missed you out, please forgive me it's my age ....laughs.Also I must say thanks to my fellow presenters at 102.5FM The Bridge for all there support in promoting the show you are all true gentlemen and ladies.I have been meaning to point out that in the top right hand corner of the page Mickey as installed a search engine to help you find tracks that have been played in previous shows, very useful if you are trying to find a particular tune ...he thinks of everything.


Just looking back over 2013 and so far it's been a sad year in term's of  the loss of so many soul legend's. This week we lost another Temptation and ex-Monitors singer, Richard Street. Much has and will be written about Richard so I wont cover old ground, be at peace Richard and what an amazing line-up of Temptations you will be reunited with....'Truly Heavenly.'

As always sit back enjoy and thank you for being part of the Science Of Soul family. [Bridge FM readers click here for Podcasts] 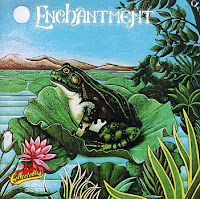 The Manhattans - Let's Start All Over Again
Brainstorm - If You Ever Need To Cry
L. V. Johnson - Discover Me
Ollie & The Nightingales - Showered With Love
Avant - Human
Sir Charles Jones - I Tried
Enchantment - Gloria
L.T.D. - Love Ballad
The Temptations - Heavenly
The Dramatics - Try Love Again
Marvin Gaye - Come Get To This
Blackstreet - Before I Let Go 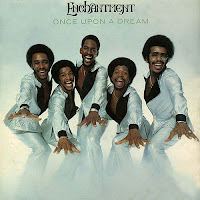 Enchantment is a 1970s R&B band formed in Detroit, Michigan by Emanuel "EJ" Johnson, Bobby Green, Mickey Clanton, Joe Thomas and Dave Banks. They are best known for the hits "Gloria" and "It's You That I Need".
Beginnings
Enchantment first joined forces in the late 60s at Detroit's Pershing High School. The group obtained their first recording contract by winning first place in a 1969 talent contest sponsored by local Detroit radio station WCHB. In 1970, Enchantment joined forces with Artists International, a talent development agency for up-and-coming artists (founded by renowned manager Dick Scott). For the next several years, Enchantment began to hone their craft, concentrating on stage presence, choreography etc. by performing in numerous clubs around the city.
Success
By 1976, Enchantment had its first big break by signing with music industry veteran and internationally known pop artist Sid Maurer (the "Daddy of NuPOP Art"), Tash Howard and Fred Frank on their Roadshow Records imprint. Then they released their self-entitled debut album, Enchantment. Two singles from the album would chart very well on the R&B Charts. "Gloria" at number five and "Sunshine" at number three. The self-contained group would enter the studio in the fall of 1977, and recorded their second album, Once Upon A Dream. The album was a gem, far surpassing its predecessor charting on the R&B album charts at eight and Pop Albums charts at 46. It features the crossover ballad "It's You That I Need" which charted at number one on the R&B charts. Unfortunately, while Once Upon A Dream should have thrust the group to A-list status, it would became Enchantment's commercial peak. Journey to the Land Of... Enchantment would be Enchantment's third and final album with Roadshow. Released in 1979, this would be their final album that would chart well on the R&B charts coming in at number 25. But problems with Roadshow's promotion and visibility of the group along with Note Bobby Green was dismissed from the group after the first album.
Decline
By 1980, Roadshow had folded and shut down, Enchantment would sign with RCA Records. Soft Lights, Sweet Music was the band's fourth album. The album was a disappointment with both singles charting at 47 respectively in 1981. Enchantment would sign with Columbia Records in 1982 and would go on to release two more albums; Enchanted Lady (1982) and Utopia (1984). Both albums barley dented the charts. Utopia would be their last album released.
Currently
Today, Enchantment still performs to enthusiastic fans. Also, in 2003 Enchantment released "God Bless America" in honor of the Troops fighting in Iraq with proceeds benefiting the United Way. (Wiki 2013)
Posted by Mickey Nold