Welcome to the first Science Of Soul for February... were did January go? First up let me say: 'thank you all', for your Facebook messages and emails - it seems the 'sos word' is spreading and that's all down to you guys for sharing us with your friends and fellow soulful folks - thank you and please continue to do so. 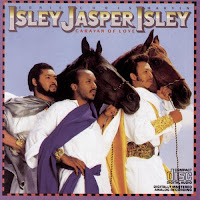 The featured artist this week is truly a legend, a vital component of the Isleys Brothers funk machine of the 70's and one third of Isley-Jasper-Isley who's worldwide smash Caravan Of Love became an instant classic! that's Chris Jasper. Chris has a new album/single on the streets called 'Inspired: By Love, By Life And by the Spirit'. I played the title track last week but today we'll dig a little deeper with another three items from this album. Chris Jasper will also doing an interview with my Bridge 102.5 FM colleague Mark Williams for his afternoon show and with Marks permission we will share it via a Podcast with the Science Of Soul family.

I must also say a special thank you to Margie Jasper for all her hard work and dedication in making this possible. We also pay tribute on this weeks show to the late Mr Leroy "Sugerfoot" Bonner of The Ohio Players, Sugerfoot was an integral part of the funk/soul sound and image that the band enjoyed. The Players tempered there driving funk with tight harmony's and subtle melodies. They were perhaps the ultimate funk/soul band to emerge during a time when funk ruled the airwaves. The material still sounds fresh today, influencing countless artists from Jazz to Rap. Much as been written about "Sugerfoot" this week but check-out Bigg Robb's message on the Boogie Report site, I think he conveys how we all feel. Mickey (the editor) also included a link below to The Unsung's Special on the Players.  Leroy "Sugerfoot" Bonner one of a kind O-H-I-O. 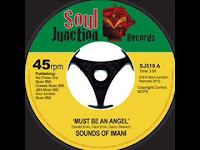 Listen out for the new track from the Detroit gospel group Sounds of Imani their new single: 'Must Be An Angel' is due out any day now thanks Dave Welding for making it available to us. It will issued on Soul Junction records in a limited run so get it quick once they gone that's it. We need more votes on our Soul Survey, take a second to click on your favorite style of soul because it helps us bring you the soul you love.

As I mentioned earlier please continue to share us with your friends the more that know about us the better it is. Special shout out to all our friends at the BOOGIE REPORT web site for your continued support.

That's it from me as always sit back enjoy the music "the soul goes on!"


This weeks playlist from 3rd February 2013

Hour One
The Whispers - Is It Good To You 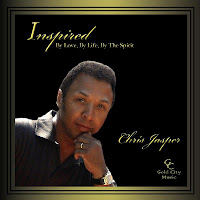 Sounds Of Imani - Must Be An Angel
Harvey Scales - Single Girl
Charlie Wilson - I Still Have You
Keni Burke - I Get Off On You
Chris Jasper - In My Dreams/Someone
L.V. Johnson - So Cold & Mean
Ohio Players - It's All Over  / Skintight 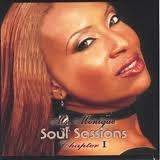 Chris Jasper Bio
Chris Jasper (born Christopher H. Jasper, December 30, 1951, Cincinnati, Ohio) is a former member of both the Isley Brothers and Isley-Jasper-Isley. He is also a successful solo artist and record producer, recording a number of his own solo albums, and producing artists, for his New York based record label, Gold City Records. His keyboard and Moog synthesizer work was a primary ingredient of the Isley Brothers sound of the 1970s and 1980s. Jasper is a classically trained musician and composer. He studied at the Juilliard School of Music in New York City and received a degree in music composition from C.W. Post, Long Island University, New York, where he studied with the jazz pianist and composer, Billy Taylor. 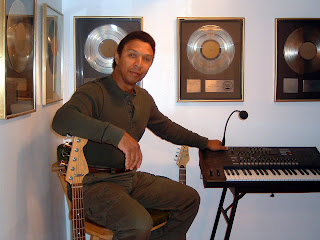 In 1984, Jasper and the younger Isleys left the Isley Brothers to form the splinter group Isley-Jasper-Isley. Jasper sang lead on the group's biggest hit, "Caravan of Love." But their tenure ended in 1987 with Jasper and Ernie Isley going into solo careers and Marvin rejoining brother Ronald in his touring band. Jasper's solo career spawned the #3 R&B hit, "Super Bad", in 1988. Jasper has also produced, performed and written music for other artists, including Liz Hogue's debut album, and "Make It Last" for Chaka Khan's C.K. album. After becoming a born-again Christian, Jasper released a succession of gospel albums and occasionally returned to R&B. Since the 1980s, he has recorded for Gold City Records, a record label he formed, and which is distributed by CBS Records.

In 1992 Jasper was inducted, along with the rest of the Isley Brothers, into the Rock and Roll Hall of Fame.
Jasper resides in New York with his wife of 26 years, Margie, an attorney and writer, and their three sons, Michael, Nick and Christopher. (info - wiki)