It's Science of Soul time once again.....sorry 'bout the odd technical issue on last weeks Podcast..... beyond our control as the saying goes.

It seems a comment I made a few weeks back in response to Chris Rizik's excellent article on Soultracks: "What Can R&B Learn From Country Music" , and judging by the many emails and messages I received, by-and-large, most people agreed, both; young, old, black and white! However one gentleman did ask: "How could I possibly know anything about soul because I was a white guy," Hmmm..... not an argument I really want to participate in. My comments were never based on racial views or any of those complex issues, all I will say in response is I would never share the email with anyone. It seems this gentleman has many issues to deal with, but if you do read this Sir please bear in mind that your Grand Parents and Great Grand Parents fought to end segregation so what is to gain by going back.... but having said that I respect your opinion. 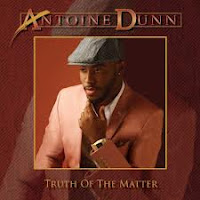 This weeks featured artist is Antoine Dunn and we look at his excellent "Truth Of The Matter" album. In many ways you can't help but draw comparisons with Anthony Hamilton who incidentally, he as toured extensively with, but Antoine has a style of his own and is an emerging talent that we will hear much more about in the fullness of time, so make sure you check him out.

Seems that a lot of new product is hitting or about to hit the streets we will endeavor to bring most of it to your attention, but please don't be shy if we miss something let us know.

I have slipped in a classic Jackie Wilson track into this weeks show, it was one I confess I had all-but forgot, but all thanks to Mickey for reminding me about it some months ago, I'm sure you will enjoy.

This weeks Science of Soul is dedicated to the memory of the late Chris "Monty" Mumford a true soul man.

That's about it from me so enjoy the music and have a great week.

Eric Benet & Eddie Levert - Paid
T - Connection - Slipping Away
Major Harris - Loving You Is Mellow
Lola - Wash Your Hands
Black Ice - Blind Over You
Antoine Dunn - I Can't Forget You / Stand Tall*
Alexander O'Neal - Look At Us Now
L.V. Johnson - It's Not My Time
Jackie Wilson - Just As Soon As The Feeling Is Over
Millie Jackson - Rising Cost Of Love
Charlie Wilson - Our Anniversary 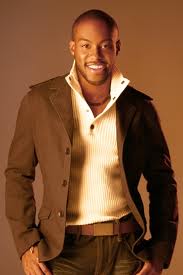 Already an accomplished vocalist, pianist and songwriter, Dunn taught himself to play the drums and bass guitar. This ability to play the role of every element of the music he creates provides a depth that is conveyed in every project on which he embarks. In recent years he has worked as a songwriter for the Dallas-based company, Love Songs for Sale, received vocal production credits on 2007 American Idol Finalist Lakisha Jones' freshman album, and brought his talents to the shores of Thailand for a six-month tour. After his return to the states early in the year, Spring 2011 found him sharing the stage with such artists as Musiq Soulchild and Avant, as well as earning a spot as a finalist in the Aruba Soulbeach Music Festival Contest sponsored by BlackPlanet.com. In August 2011, Antoine Dunn signed a deal with Elite Music Group Incorporated and began work on his debut album; as yet untitled, his album is slated for release in the first quarter of 2012.
More at: antoinedunn.com
Posted by Mickey Nold