Well.....The Science of Soul has made it's centenary blog, the same week as WWI's century!, in fact it last week but I so busy, just forgot Lol, I can't let the occasion pass without saying a massive thank you to my great friend of many, many, years, Mickey Nold, he came up with the idea for the Science of Soul website and the amount of time and work he as devoted to the site as been a major factor in the growth of the show, without him it would be just another soul show on local radio, I regularly have listeners all around the world through the Podcasts and 'live' on FM radio at 9pm every Sunday. Thank you Mickey for all that you do and most of all the friendship and patience you shown [Oooah  - Ed] . Alex Totney and Mark Williams at 102.5 The Bridge radio for having faith in the show and allowing me to pretty much do as I choose, also my soul brother Melvin Jordan at Legend107radio.com for taking the show to a new audience and your continued support. Must also mention my friends who spread the link and tune in every week from the USA, Japan, Germany, Spain, France, Italy, Canada, Australia and of course here in the UK you are such a major part and I look forward to another 100.

This week I feature Gwendolyn Collins excellent new album "Story Telling Side 1..The Simple Things," I did sneak a track in last week but this week there's no sneaking,  got three songs so you can get a taste of just how good this album is. New music too from the king of Cincinnati soul Bigg Robb, the man who puts fun the music, B Thompson has a new album "For The Love" plus new album releases from Dee Robinson, Lacee and Dionne. My aim is always to mix new music with the classics we all grew up with and love, representing the classics is Walter Jackson, The Notations, Teddy  Pendergrass and so much more..so sit back and enjoy the Science Of Soul...Bridge readers click here for Podcast page/blog home 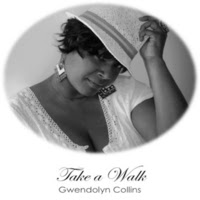 Gwendolyn Collins. Born just across the river from New York City in the Garden State of New Jersey, Gwendolyn Collins was blessed with the gift of singing from her biological mother that was nurtured and matured by her adoptive parents. Gwendolyn has been singing since she was able to talk and at an early age began performing with the Church choir where her Father is a Deacon and later with the chorus in high school. It wasn’t until Gwendolyn moved to Maryland, just outside of the United States Capital, Washington, DC that that she began performing, writing, and recording music that would attract fans of all music genres.

Since arriving in the DC metro area, Gwendolyn’s diverse musical path has included fronting large national and international bands to accompanying intimate jazz trios. In 2006, Collins performed as a finalist in the Fortune Magazine “Battle of the Bands” at the Rock n’ Roll Hall of Fame in Cleveland, Ohio. Gwendolyn has also written and produced scores for two national authors. In 2008, she co-wrote and co-produced, “This Condition Called Love” for a video-release of the book “Joy Happened” by Stephanie Williams. She also co-produced the musical score for the video track for the book, “El Capitan” by Carlos Solari. More at CDBaby
Posted by Mickey Nold