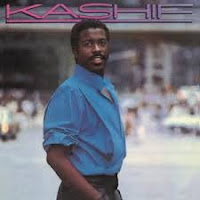 Sad news to start this weeks show, that's the news that 1980s soul icon Kashif Saleem passed on this week in California. Be paying tribute to the man who as a writer, producer and artist being a major part of that decades music scene. He started out as Michael Jones and made music journey with New York funk band BT Express  and when he was just 15 years old the group hit with "Do It Till Your Satisfied" [a much sampled track more recently] I dedicate and pay tribute to him in this weeks show. 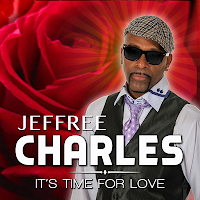 Featured Artist this week was Jeffree Charles because he has a new album called "It's Time For Love,"  it's very impressive so have included 3 tracks that I think your gonna enjoy, but I think you'll need to check out the album as a whole and you wont be disappointed. Other newbies includes Southern Soul favorite Shai Simone, who's latest singe is doing great business Stateside and yet more tracking from Keith Sweats excellent new project "Dress To Impress."  There is plenty of music for the Old Skool music lovers as well to so "sit back and enjoy."

Ooh and yesterday I was a guest of Charles McCullough' on Galveston's KGBC Radio (founded in 1947) along with Kim Weston, listen again at bottom of this Blog.


Hour One
Shaun Escoffery - Ain't No Time
Duane Williams - Father .. Trouble Down Here
Syl Johnson - Try My Love
Ronnie Lovejoy - Until You Get Enough Of Me
Rocky Mizell - Never Never Girl
BT Express - Do It Till Your Satisfied
Kashif - Help Yourself To My Love
Kashif - Send Me Your Love
The Emotions - So I Can Love You
Jeffree Charles - It's About To Be One
Jeffree Charles - Dipped On Me
Bobby Hutton - Loving You Needing You
Shai Simone - Southern Soul Jukebox


Hour Two
Sound Of The City Band - Making My Way 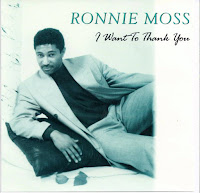 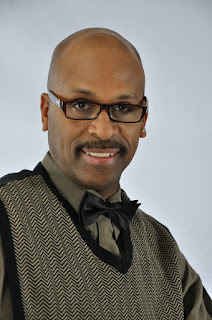 He was born in Atlanta, Georgia, and raised from the age of 10 in the city of Cleveland, Ohio. Jeffree knew that he wanted to become a singer when he began singing in groups at the age of 13. His mother owned the neighborhood Mom and Pop Record Shop. He learned from hanging out in her shop that he wanted to record music, perform on stage, as well as become a radio personality.

In the late 1980's Jeffree was a household name as a radio personality with his “Quiet Storm” formatted show called "For Lovers Only" on WZAK 93.1 in Cleveland, Ohio. Becoming a popular local radio air personality opened doors to becoming a recording artist. After his first local hit release titled “Tonight at Nine,” Jeffree Charles was dubbed the singing DJ.

Concert promoters began to approach Jeffree to open for major artists such as Karyn White, The Barkays, Freddie Jackson, War, Anita Baker, Brian McKnight, Will Downing, and most recently, The Whispers…just to name a few.

Jeffree returned to his native home of Atlanta, Georgia, in 1994 to host the radio program "Slow Jams" on WALR, Kiss 104.1. He became a very popular radio celebrity in that market as well. Jeffree hit the ground running in Atlanta Georgia, with a U.K.-released CD called “Come and Get This Lovin” in 1996. Jeffree Charles co-wrote and produced 11 of 13 of the songs on that project. He is still getting airplay and recognition to date in the U.K.

In 2003, Jeffree Charles hosted possibly his most prevalent radio interview of his air personality career with the legendary Luther Vandross. It was what Luther told him when the mike was turned off that remained indelible in his mind. After allowing Jeffree to sing a few songs, Luther simply told him, “Never give up and continue pursuing your dream with every ounce of determination that you possess.”  “THAT IS THE GOAL FOR THE REST OF MY LIFE.” Visit his label