On this weeks Science of Soul I'll be paying tribute to the late Sir Mack Rice, the Detroit soul legend that many people didn't realize that he originally wrote and recorded Wilson Pickett's smash hit "Mustang Sally," I'll be playing Mack's original today plus a couple of other song that just might surprise you.

Representing the new music we have the title track from DaPaul's excellent new EP called "In The Sun," plus the new single from Chicago's own Willie Clayton, and a few recent releases that I have not played for a while that you might have missed. On the classics side; listen out for Bobby Wilburn, and a couple of stone cold classics from the windy city, including Bobby Hutton and one of the most underrated vocal groups The Radiants.

Bogus groups are starting to raise there ugly heads yet again there is even one masquerading as Ron Banks & The Dramatics, so beware if it don't look right it most likely ain't right. Ok it's music time sit back and enjoy and remember you can reach me by Facebook, especially if there is anything I miss or need to know about - thanks! 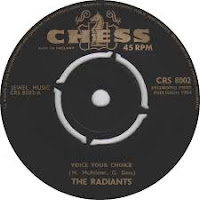 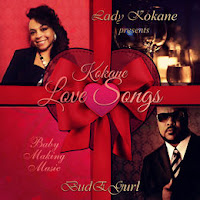 Sir Mack Rice:
A Detroit vocalist and composer, Sir Mack Rice was involved in the R&B/soul scene beginning in the late '50s. He was a member of the 5 Scalders vocal group in 1956 and then joined the Falcons from 1957 to 1963. Rice was later road manager for the new Falcons before becoming a solo vocalist. Rice wrote several selections, the most famous of which is "Mustang Sally," a number that has been recorded by many artists, including Wilson Pickett and the Young Rascals. Rice's version reached number 15 on the R&B charts in 1965, and was the only hit he ever enjoyed as a solo performer. ~ Ron Wynn, Rovi

Email ThisBlogThis!Share to TwitterShare to FacebookShare to Pinterest
Labels: 10-07-2016