Back to normal for this weeks Science of Soul after being away for a couple of weeks, I was so honored to be the first non American to be invited to present an award at the R&B Hall of Fame awards held last weekend in Detroit. You will find lots of music from these inducted legends in this weeks show. It was an amazing event so we have decided to share a bunch of pictures with you just give you a little flavor of it all. I was also invited to appear on The Brenda Perryman show once again, it's always a pleasure to see Ms Perryman, her show is one of the most popular morning TV shows in metro Detroit.

Hour One
J. B. Bingham - All Alone By The Telephone
A. W. B. - Livin' On Borrowed Time
Tee Turner - Friends Dance
Undisputed Truth - Girl Your Alright
Detroit Emeralds - Feel The Need In Me
Luther Ingram - To The Other Man
David Sea - I Really Wanna See You Tonight
Ty Causey - Just Another Love Affair
Dennis Edwards - Don't Look Any Further
Angie Stone - 2 Bad Habits
Jackson 5 - Ooh I'd Love To Be With You
Blue Magic - Summer Snow
Edwin Starr - There You Go

Hour Two
Nate Evans - Get In Touch With Me
Enchantment - It's You That I Need
J J Barnes - I'm The One Who Loves You
Charles Davis - Your The One For Me
Jerry Butler - Just Because I Really Love You
Prince Phillip Mitchell - Falling From Heaven
Melvin Davis - Double Or Nothing
The Dramatics - Be My Girl
Aretha Franklin - A Rose Is Still A Rose
The Spinners - No One Like You
Jackie Wilson - Just As Soon As The Feelings Over
J. B. Bingham - Fellas' Don't Let The Girls Take Over 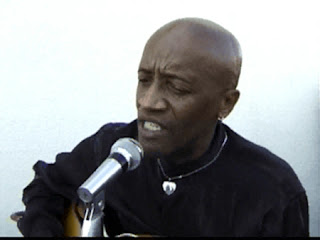 In 1976, James B. Bingham the former lead singer of the group Five Flight's Up recorded 7 songs under the auspices of H.B. Barnum and Steve Binder. Binder then offered the fruits of this session to the United Artists label. Out of the 7 songs presented to them the powers that be only chose to pick up 4 songs which they released on two 45 singles "All Alone By The Telephone/Live And You Learn" (UA-XW1059)and "She's Gone/Keep On Walking" (UA-XW872-Y)which subsequently left three tracks silting unused in the can. A situation later rectified when in 2013 we at Soul Junction contacted firstly J.B. Bingham and then H.B. Barnum which lead to the final release of two of the U.A rejects "People On A Ego Trip/She's On Strike" on a popular and now long deleted 45 single.
Therefore we had one track left at our disposal "Fellas, Don't Let The Girls Take Over" J.B's upbeat and light hearted warning song to the men of the world to shape and not be swept aside by the growing women's liberation movement! That left us with the dilemma of what to use for a b-side, this situation thus being solved by the inclusion of J.B's timeless modern soul anthem "All Alone By The Telephone" as the flipside. Please go to the 'Artist Bio' page on the Soul Junction website for a more detailed account of J.B's career: www.souljunctionrecords.co.uk