Welcome to this weeks S-O-S everything is pretty much back to normal after a hectic few weeks. The featured artist for this show is Baltimore native Devon Howard his "Return To Love" album is just wonderful, so I had to share this with you. I have selected three tracks, but rest assured others will follow over the coming weeks.


My legend Radio network brother just shared a couple of great albums with me the latest set from one time member of Men At Large's David Tolliver, pretty impressive I must say, expect more from this over the coming weeks. Miami's soul man Urban Mystic has just released an album that's paying homage to the legends of the past. I am never a great fan of remakes but I have to say this album is pretty darn good. 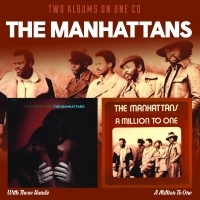 Mickey recently acquired two classic Deluxe Manhattans albums from there early 70's period, sooooo good to be able to hear these in great sound quality, you know I am a BIG fan of these guys so I have indulged myself and included a couple of tracks. (Well it is my show, lol.) Look out for recent releases from JBarnes Remington & Jimmy Allgood and the UK's own Diane Shaw plus all the classics we love.


Okay on with the music, pour a glass of wine, sit back and relax ...

Hour one
Crossroads ft.Natasha Springer - Since I Found You
Saeeda Wright - What Happened To Love
J B Bingham - Fellas' Don't Let The Girls Take Over
David Tolliver - Take You Home
The Manhattans - I Can't Stand To See You Leave
George Jackson - Walking The City Streets
Diane Shaw - Never Been Hurt
JBarnes Remington - What About That
Tad Robinson - Call Me
Cookin' On 3 Burners - This Girl
Devon Howard - Deeper Than Love
Devon Howard - To The Moon
Jimmy Allgood - True Love Is Hard To Find
Fantastic Four - I Just Can't Forget About You 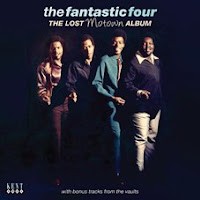 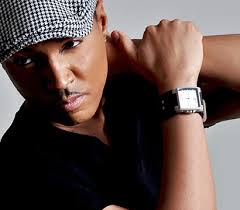 Straight out of Baltimore, Maryland, DEVON HOWARD is keeping it hot. As a singer, songwriter and producer he is a triple threat placing him way ahead of the game. DEVON is walking in the footsteps of some of the most recognized artists our time, all whom have had an impact on his style. Baby Face, Michael Jackson, Stevie Wonder, El DeBarge, Usher and Ne-Yo, all triple threats in their own right. El DeBarge and Babyface was the first male singers he related to vocally. Their smooth, sensual, passionate voices were something he wanted to emulate as a singer but, with his own style. He is also influenced by Michael Jackson’s innovative style and creativity.
DEVON’s style is fresh, edgy, laid back and smooth. He brings a flavor reminiscent of old school but, with a modern twist. He’s had a lifetime of practice. DEVON has been writing songs since childhood. Songwriting comes naturally to him. Inspired by his late father, who was also a songwriter, he grew up listening to his father’s collection: The Manhattans, The Stylistics, and The Commodores. DEVON got his start in the music industry performing with various groups and eventually wrote and performed with a local group who recorded their debut CD on the RCA label. . The group has appeared on many of the popular music shows including Soul Train, Apollo and BET. SWV and Wendy Williams appeared in the group’s first video and Malcolm Jamal Warner directed the second. Devon also worked with industry vets Ron Fair (Keyshia Cole) and Vincent Herbert (Lady Gaga, Tamar Braxton) on the group’s debut CD. That group later dissolved and Devon went on to record and release music in Europe and Japan. more @ indispeaks