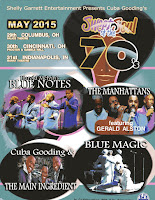 Thanks for stopping by the Science of Soul pages, yes back to normal this week after my most recent American adventure, highlights of the trip included; The Brenda Perryman show in Detroit (video at foot of page), guesting on David Washington's 20 Grand soul radio show on WVON in Detroit, had a lot of fun being back in the Motorcity.

Got a chance to see Cuba Gooding's "Sweet Soul Of The 70s" show in Cincinnati, Ohio and what a great show that was, I gotta say Blue Magic were amazing, a real highlight. 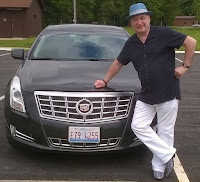 I also got the opportunity to celebrate what would have been Curtis Mayfield's 73rd birthday with Curtis Mayfield III, Curtis's eldest son, we went to dinner in Chicago ... it was just one of those special moments. All-in-all, myself and the trusted hired Cadillac covered 3400 miles and each day was truly a blessing.


I am a little late paying tribute to Mel Waiters who sadly passed whilst I was in the States, it was very sad news, he was a great entertainer and a fine man. there is a few new tracks in this weeks show including my good friend Jimmy Sterling also a great new track from Captain Jack Watson that as been mixed by my Australian pal Jazzy Pete.
Ok it's music time sit back enjoy and please 'share the link'

Hour One
New York City - Do You Remember

Jimmy Sterling - If U Were Me What Would U Do
Bigg Robb & Denise Lasalle - Blues & BBQ
Mighty Lovers - Driving Me Out Of My Mind
Capt. Jack - Real Deal
Lakeside - Anything For You
Kase Sounds - Spirits Vibeing
Teddy Pendergrass - Lets Talk About It
Mel Waiters - Two Step
Mel Waiters - He Didn't Steal Your Woman
Mel Waiters - Throw Back Days
Ricky White & TK Soul - Redbone
The Enchanted Five - Have You Ever 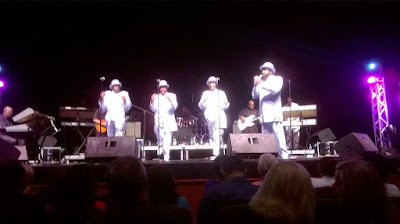 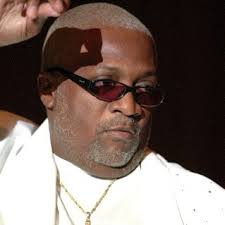 Mel Waiter's biography:
The blues and R&B singer, Mel Waiters, has died. Mel was 58. The singer had been battling cancer, his booking agent confirmed. Mel was born in San Antonio, Texas, where he sang in the church choir. By the 1970’s he was performing in nightclubs across the region. Mel became radio DJ, as well as performing at military bases. In 1995, he released his first album, ‘I’m Serious’, for the Serious Sound imprint. In 1996 and 1998, he won the Jackson Music Award. He went on to record for several other labels, including the Waldoxy subsidiary of Malaco Records. During his career he released several singles, which included, ‘Hole In The Wall’, ‘Man Shoes’, ‘Show You How To Love Again’, ‘How Can I Get Next To You’ and ‘The Smaller The Club’. The label included the likes of Marvin Sease, Denise LaSalle and Willie Clayton. Mel’s most recent album was ‘True Love’, on his own Brittney Records label. His cousin is blues singer Walter Waiters. Mel is survived by his wife, Portia, and his daughter, Brittney. (soulwalking)

Bill and Drew on Brenda Perryman Show, Detroit May 22-2015
Posted by Mickey Nold