The Music industry is a strange business and often the most creative people don't get the glory, songwriters producers etc., they create the sound tracks to our lives and we only remember the singers. My good friend Roy Gennard (aka Hitsville Chalky) recently brought over to the United Kingdom, Ms Pat Lewis. The only way I can describe this lady is Living History I have known Pat for many years and still she amazes me, with the amount of classic recordings that she has worked on, just is truly awe inspiring. We are talking; Aretha Franklin, Jackie Wilson, George Clinton, The Four Tops (in fact thousands of classic Motown tracks) to name just a few and she was such a major part of that whole Isaac Hayes sound that changed the face of soul music.

I took the chance to capture some of that history and my thanks to Mickey Nold who engineered this interview and made the finished job what it as become. I normally script interviews but this was different, It's a conversation with music between two people who are very comfortable with each other, I sincerely thank Pat for her openness and friendship, I hope you enjoy this as much as I enjoyed doing it. Sit back and immerse yourself in Soul music History.....


Pat Lewis Biography:
Patsy Lewis was born October 23, 1947 in Johnstown, Pennsylvania and moved to Detroit, Michigan in 1951. In the early 60s, Pat, her sister Dianne, and two friends (Betty and Jackie Winston) formed the group, The Adorables, who recorded a record and began singing backing vocals for Golden World Records. 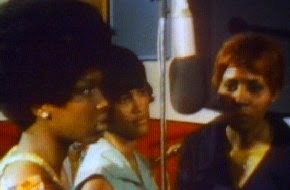 Pat herself debuted as a solo artist in 1966 with Can't Shake It Loose while also beginning to do outside backing vocals sessions. She met Motown Records' in-house backing group The Andantes, and one day when one of the girls couldn't make the session for Stevie Wonder's Up-Tight, Pat stepped in and did it as well as several other Motown sessions. She signed to Solid Hit Bound Records and released a string of singles, including "Look At What I Almost Missed", "Warning", "No One to Love", "No Baby No", and "The Loser". From the late 60s on, she became a permanent backing singer for Aretha Franklin, Isaac Hayes and later on George Clinton too. She wrote several songs for Isaac Hayes. 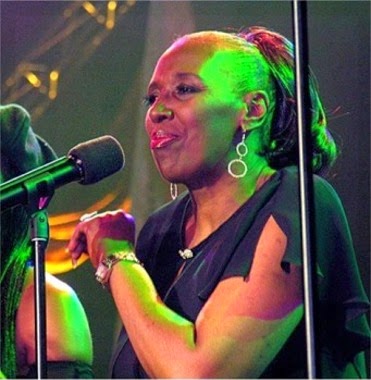 Later Years
In 1989, Pat as well as The Andantes were among the invited artists to join UK producer Ian Levine's mega-project Motorcity Records, a label formed to record new material on former Motown artists. Pat became the main backing vocals co-ordinator for the label and did several hundred arrangements while she recorded more than 50 tracks with herself and as a lead singer for the re-formed Andantes. Her single Separation (1991) (co-written by Levine and Billy Griffin) was Single of the Week when reviewed in British soul magazine Blues & Soul. After the label's demise in 1992, Pat continued to work with Ian Levine on a regular basis. In 1997, she recorded 50 cover versions of selected Motown and Northern Soul classics although only a handful of tracks have been released on various artists compilations. In 1999, she recorded 76 gospel tracks with Levine for K-Tel. As for the present, Pat occasionally tours with Martha Reeves's original backing group The Vandellas and most recently performed in Manchester, England in October 2007 where she had also been scheduled to record a new track for Levine's latest album Disco 2008, an engagement she had to cancel due to health problems. Pat is currently working for a small rental company in the Outer Banks of North Carolina.Wikipedia
Posted by Mickey Nold