Thanks for visiting my web site and the first featured artist for February is Jureesa "The Duchess" McBride. Based in Vicksburg Mississippi this lady is an amazing talent, a singer songwriter and an immensely popular live act in the Southern states, I think you will enjoy the 3 tracks from her album "A Woman First", I can see why she's a rising star. Congratulations going out to The Isley Brothers & Chris Jasper on receiving there long over due Lifetime Achievement Award at this years Grammy awards. 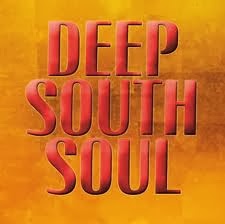 We have a few Southern flavours on this weeks show; Johnny Taylor, Stan Mosely, David Hudson and a guy you might not be to familiar with Burnett "Captain Jack" Watson. He's a man who is a blues based artist with a taste of Southern soul, based in Dallas, Texas, Burnett is a seasoned performer and brings something a little different to the playlist. 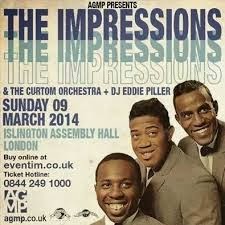 It's just been announced that soul legends The Impressions will be performing in London on Sunday March 9th, at the Islington Assembly Hall, its gonna be a great show you wont get many chances to see these legends live, so don't miss out on this one. I have new music on this weeks show from Tony Parkman, Debbie Debs and Atlanta based Jahah Love mixed with all the greats we love.

Thanks to everyone who continue to share the SOS link we continue to grow because of you. Sit back relax and enjoy the music. Click 4 Podcast

Jureesa born February 20, 1982 as the middle child of a Howard McBride,Sr a Professional Welder of Pattison,MS and Shirley McBride a Professional Educator of Vicksburg,MS. She was raised in Port Gibson/Pattison, MS area. She is a 2000 graduate of Port Gibson High School. She presently resides in The River City, Vicksburg, MS with her two daughters Alana, Ramerian and two other siblings. She attended Alcorn State University for 3 years in Social Work/Sociology; A Penn Foster Graduate as a Physical Therapy Aide. Now presently enrolled as a Pharmacy Tech at Penn Foster. I started my journey toward recording my songs around 2007, but I had to step back for a minute. So come June of 2011, I stepped back out on faith and my love for true music. I entered "The Face The Music Tournament" in Jackson, MS for six weeks. I walked away as The Winner of the 2011 Tournament and I never stop moving.

Email ThisBlogThis!Share to TwitterShare to FacebookShare to Pinterest
Labels: Jureesa "The Duchess" McBride