This weeks Science of Soul features a genuine soul legend, Booker T. Jones, a man who was a vital component in the whole Memphis recording scene, a musician, song writer and occasional vocalist, Booker has out lasted many of his contemporaries. I think we all grew up listening to "Time Is Tight" and "Soul Limbo," his sound was so distinctive. His latest project includes a host of great guest vocalists and this week I'll be playing 3 tracks back-to-back. The album: "Sound The Alarm" has been getting great revues from every quarter and it's not hard to see why, if you've not had a chance to hear any of the tracks yet...I think you will enjoy what's on offer.

I'm really loving the new album from Chrisette Michelle and I have included one track in this weeks show. Her album is entitled "Better," and is high up my recommended list, plus music from a young African guy who lives in France, who I know very little about, except his name is Leon and I have included a track from his 2012 release "Chocolate". On the gospel front we re-visit Ms Rae Ellis's CD: "The Diary Of Rae Ellis," it's another strong album that came out this year. Talking of Gospel you might remember Terry Townsend who had a fine set out some years ago - well he's back with an excellent new release "Mutual Love Affair," this is a killer cut and will certainly raise his profile once more.I've also included a Walter Williams song as it's his birthday today.

The date as been set for the Science of Soul's American debut and it will be Sunday September 1st at 2 PM EST  It's another market that will hopefully enjoy and spread the Science of Soul word. My thanks go out to Melvin Jordan  at Legend 107 in Tampa Bay, Florida for helping to extend our Soul family.

The Listeners Choice this week comes from one of our Japanese listener: Akiko Murata*, who is a very accomplished musician herself and as well as playing in local bands she also teaches piano. Her selection is, what can I say? just pure class and she also selected the Spinners classic "I'll Be Around" as a tribute to her late husband, what a beautiful thing to do. By the way Akiko thank you for reminding me of the classic Four Tops track you selected, it is without doubt one of there finest moments.

十分なチャット, time to sit back and relax please remember to share our link with friends...giving the gift of music is a wonderful thing.. [Bridge FM readers click 4 Podcast]

Hour One
The Unifics - I Want You To Have It All 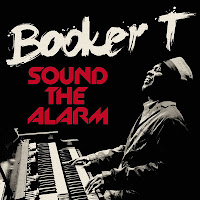 
Hour Two
The Dells - Let The Feeling Talk to You 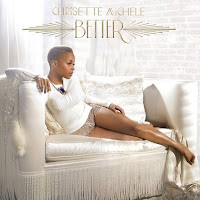 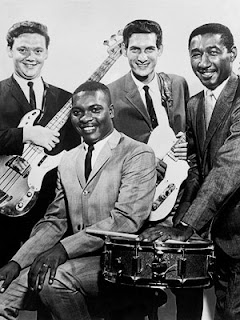 Jones's first entry into professional music came at age sixteen, when he played baritone saxophone on Satellite (soon to be Stax) Records' first hit, "Cause I Love You", by Rufus Thomas and Carla Thomas.

While hanging around the Satellite Record Shop run by Estelle Axton, co-owner of Satellite Records with her brother Jim Stewart, Jones met record clerk Steve Cropper, who would become one of the MGs when the group formed in 1962. Besides Jones on organ and Cropper on guitar, Booker T. and the MGs featured Lewie Steinberg on bass guitar and Al Jackson, Jr. on drums (Donald "Duck" Dunn eventually replacing Steinberg). While still in high school, Jones co-wrote the group's classic instrumental "Green Onions", which became a hit in 1962. (more at wikipedia)
Posted by Mickey Nold