WOW....Just realised as I sat to write this, we are now in the second half of 2013!, were did the time go? I think it's fair to say it's been a very mixed year so far when you think back at all of the great soul legends that have left us. It makes you consider your own mortality; we have a duty to live life to the full. It's an old saying but tomorrow really is not promised, make the most of each day and if your bored try counting your blessings you just might be surprised. On a celebrated note: I hope all my USA listeners had a great 4th July day this week.

The new music just keeps on coming ....check out the new album from Joe Thomas "Double back: The Evolution Of R&B," I just can't rate this highly enough, I have to say I am a long time admirer of his work, but overall I think set is his finest to date. Rest assured you will be hearing lots of it on the show.

I had a great surprise a couple of weeks back when Marcell Russell's new album "Serenade & Sermon" appeared in my in-box, you may know Marcell from his work with the group Truth, and also known as the voice of Baltimore. Marcell as been a prolific song writer and performer for several years now and his latest project is just pure class. I've played this album countless times already and it just gets better and better. Songs of quality and depth coupled with solid arrangements and Marcell's faultless vocals, I just had to make this: Featured Album this week. Picking three tracks was almost impossible and I changed them a dozen times. Actually I don't have favourite tracks on this set! I just love the whole album and proud and privileged to share it with you. Check out Marcell's web site at www.marcellrussell.com/ please give this album your full support, 'cus I'll be playing other tracks over the coming weeks.

My Listeners Choice this week is very special - my dear friend and Soul Sister Denise Tabor or better known as Miss Texas Mami, one of Texas's most respected radio hosts has sent me three songs. Now Denise is the real deal, a true Southern girl from El Paso, Texas. If I need to know anything about Southern Soul this is my girl! her shows are amongst the top rated Blues & Soul shows in the United States and trust me there is a lot of competition. I would recommended you check out her shows they are available worldwide via the Net..(only when your not listening to the Science of Soul of course Lol). My thanks to Denise for taking time out to send the tracks.

Quite a mix of Soul on this week's show a few names you might not be familiar with, myself and Mickey spent a day trawling through the vaults. Check the Sam Dee's song "Signed Miss Heroin" very powerful, reminds me of my first visit to New York in the late 1970's, I saw there, first hand, the mass devastation caused by the influx of cheap heroin. You had to see it to understand how it ripped the heart out of America's inner cities and the effects are still being felt today. The play list also includes singer/song writer Leon Ware, and you'll be pleased to hear an interview I did with Leon in the early 90's is possibly going to become available again in the near future, but I will keep you updated as I get more details.

That's it! on with the music, remember if you enjoy the Show please share the www.thescienceofsoul.com link with friends and fellow soul folk's. 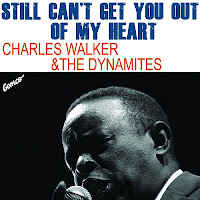 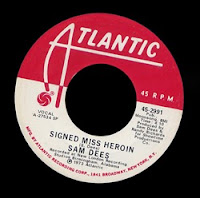 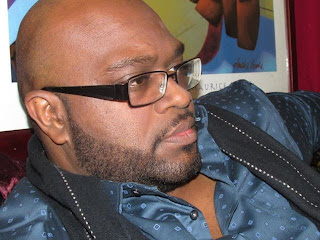 This Baltimore native continues to distinguish himself as a writer, producer, singer and performer. Having penned over 700 songs in an eight-year period, being nominated for over 20 independent music awards and winning several of those coveted titles is impressive! Marcell has even shared the cover of a European magazine with Alicia Keys and Snoop Dog. Seeing Marcell as a solo artist can take sometime getting used to after almost a decade with "the Truth" (his former band) but when you hear his music, you realize he hasn't missed a step. He works as if he's just getting started.
﻿
Marcell has three previous albums, including two studio albums: Hopes Too High and Symbols.  His music has also been the muse for an independent  documentary film called You Saved Me.  He's often been compared to Luther Vandross, Donny Hathaway and Gerald Lavert, but his own distinct style always shines through.

Marcell has headlined in large arenas and community venues in virtually every major city in America, as well as gracing stages throughout Europe with sold-out performances. Marcell's music has an amazing ability to connect the sacred and secular in ways that just make sense for everyone who listens.  Although he is only in his mid 30’s his music has audiences often wondering his age, his lyrics are timeless. He's known outside of Baltimore as the "Voice of Baltimore" but in his hometown and throughout he's simply known as "The Voice". As you hear his music it will quickly become clear why Marcell is the Voice! www.marcellrussell.com
Posted by Mickey Nold