Bentornati al Science Of Soul, bello che si poteva fermarsi.  I got to thinking this week about how the years have just flown by when I suddenly realised it had been 20 years to-the-day (Thursday 16th May,) that we lost 'Marvelous' Marv Johnson, and just thinking 'bout Marv brings back so many wonderful memories for me. He was probably one of the most important piece in the Motown jigsaw puzzle.

I was fortunate to know him for many years and  he was a humble and very underestimated talent.  Motown founder Berry Gordy sold Johnson's contract to United Artists enabling the company to have a vital cash injection which enabled the fledgling label to expand. I did an interview with Marv just a few months before his passing (and it only seems just like yesterday) and hopefully with Mickey's expertise we can restore it and include it on the site in the near future. [I guessed that was coming next - Editor (click here)]

My featured artist this week is Andre Ward who's album "Caution" slipped out at the tail end of last year, just come to my attention. A very jazzy and polished set and well worthy of my exposure, It's also a little different to the normal kinda-thing I pick, but I think you will enjoy it nevertheless. I'll also be spinning music from the legendary Manhattans today, who incidentally celebrate 50 years of wonderful music this year. Y' know I had forgot just how much beautiful music they  had made over those years, congratulations to the members past and present and thanks for the wonderful music.

My Listeners Choice this week comes from from Syracuse in Italy, that's Sebastiano Sarnataro known by everyone as Seby Seby. H's a very well respected DJ and a hell of a nice guy I am so glad he took time out of his busy schedule to select 3 classic tracks for us. [indicated '*', in track listings]


OK that's enough from me it's music time so just relax and enjoy and have a great week. 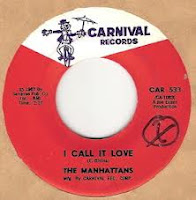 James Brown - The Payback
The Manhattans - I Call It Love
Julia Huff - That's Not Gonna Get It
Ben E. King - Street Tough
Andre Ward feat: Janice Dempse - What If
Andre Ward - Marvin's Medley
Rosie Gaines - Crazy
Four Tops - Mama Your Alright
Joe Simon - Drowning In A Sea Of Love
*Teddy Pendergrass - Close The Door
*Barry White - You're The One I Need
*Earth Wind & Fire - After The Love As Gone 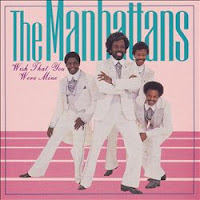 Marvin Gaye - Falling In Love Again
J. Blackfoot & Lenny Williams - I'm Just..
... A Fool For You
Tower Of Power - Loves Been Gone To Long
William Devaughn - We Are His Children (G-Spot)
Isley Brothers - Secret Lover
Andre Ward feat: Jamie Knight - I Will....
Love You
Will Downing - I Can't Help It
Atlantic Starr - Am I Dreaming
Felisa Jaynae - Sweet Love
The Manhattans - It Feels So Good To Be Loved So Bad 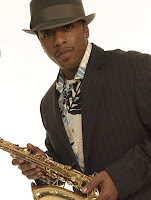 Born and raised on the westside of Chicago, Andre was introduced to music at an early age. "When I was 12 years-old, I met the drums and started playing the snare drums for about six months, then courted the trumpet for three months, but when I picked-up the saxophone, I fell in love and the eternal union began," reveals the musician.

Similar to his musical inspirations Grover Washington Jr., Charlie Parker and Cannonball Adderley, Andre's study of music and its many different intricacies enabled him to perfect a traditional jazz sound enhanced by his distinctive creative flair. Bestowed with a music performing scholarship at the renowned Berklee College of Music in Boston, Andre continued to pursue his passion by building a resume that rivaled his contemporaries. Having toured and worked with some of the biggest names in music, his dynamic performances have captivated audiences worldwide by creating an environment of smooth, sweet, hypnotic, sounds that seem surreal.

Fueled by passion, creativity, and pure talent, expectations became reality when Andre's debut album, FEELIN YOU, reached a top five position on Billboard's Contemporary Jazz Chart, featuring the renditions of "Fallin" by Alicia Keys and "Shape of My Heart" by The Backstreet Boys. But it didn't stop there. His sophomore album, STEPPIN UP, peaked in the top ten and it was no coincidence coming from Chicago, "The Stepper's Capitol", that his cover of R. Kelly's hit, "Step In The Name of Love," became his first single to cross genre lines. It broadened Andre's fan base to include both R&B and hip-hop enthusiasts.

Now with his third release, CRYSTAL CITY, the growth and innovative approach showcased on his previous projects continues to be consistent. A product of Orpheus Music/Hush Productions, CRYSTAL CITY is a ground-breaking masterpiece executive produced by Beau and Charli Huggins. "From Alex Bugnon to newcomer saxophonist Rob White Orpheus Music / Hush Production's name has been synonymous with quality music," stated Beau Huggins, President of Orpheus Music. "Young, accomplished and edgy, Andre continues to build on the foundation laid by his Orpheus/ Hush predecessors, Najee and Kenny G."

Andre Ward continues to evolve into the type of musician that truly lives for the love of making music that respects the past, yet steps into the future. And with his newest release, he continues to do just that. CRYSTAL CITY is the perfect escape that will keep Smooth Jazz on the map forever.
Posted by Mickey Nold