Welcome to this weeks edition of the Science of Soul, I'm sending out congratulations to Brandon Williams on his Soul Tracks Award: 'New Artist Of The Year' he is one of the shining lights on Detroit's indie music scene. I thought I would feature a track from his excellent set en-titled "12." Alex Isley is his guest vocalist on the song: "Leave Love Be." It's a beautiful slice of smooth soul with some jazz overtones  -  I think you will enjoy.


Due for release in mid-January is Ken Wills' "Justice," that's a powerful statement about the society we live in, and pay close attention to the lyrics! The lovely Ms Nia Simmons was a new name to me prior to her recent tour visit to the UK. Simmons' debut album: "A Songbirds Journey" has been very well received, certainly put the Washington, DC native on the soul map  -  look for big things in 2016.

Another name you might not be familiar with is Saginaw, Michigan's Nelson Hairston, he's a young man whose music encompasses: Rap, R&B and Soul. His new recording is a 'steppers delight' "Steppin To The Left" it's filling the dance floors and is one of his most successful tracks to date.
Time to sit back enjoy - tell a friend about the Science of Soul and remember the show is syndicated to: Legend Radio Network and 365Jamz in the United States and around the world.

Sorry no recording of show this week due to technical issues at the studio, 1- Dramatics Special 2 - Fab Glanton Special instead!!! 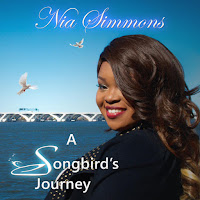 Brandon Williams ft. Alex Isley - Leave Love Be
Stan Moseley - This Love As Power
Victor Willis - Follow Through
Soul Generation  - Heaven Only knows
Nia Simmons - I'm Just Sayin'
Edge Of Daybreak - Let Us
The Softones - Sweet Dreamer
Archie Bell/Drells - There Is No Other Like You
Wendell B - Inside My Mind
Curtis Mayfield - Another Fool In Love
Levert - Rain
Brian McKnight - Let Me Love You