Thanks for all the great feed back from last weeks Soul Train Special, the credit goes to Carmen who wrote the revue and Mickey for putting it all together...but playing music was fun part.

I've made it through the first year and thanks to all the artists and record companies that have been a major help, and to all the listeners who have helped spread our link and share the soul I thank each one of you for being part of the family. I look forward to another year. I also have to thank 102.5 The Bridge for there faith in the show which is quite hard to define in terms of programming and a BIG shout out to my brother Heavy D aka Melvin Jordan at Legend107 in Tampa Bay, Florida, I'm very proud to be a part of such distinguished group of soul brothers, thanks for inviting me on board and promoting the show as you do.

Today I'll feature the latest set this week from Raheem Devaughn,  Journey To A Place Called Loveland,  it came out in September but I only just had a chance to include it in the show, though I did play one track on it's release back in September, hope you enjoy the tracks in todays show.

Got new music from Ms Leela James this week and  it features the wonderful Anthony Hamilton, taken from her forth coming set due out in early 2014. If you, by any chance like Will Downing, check out Brian Christopher, got a recent release from him in this weeks show also. Its the usual mix of classic and new soul that seems to confuse some people?, but you know what....SOUL is SOUL, no matter when it's recorded and that is the Science Of Soul, Sit back relax and enjoy...I say it every week remember to give the gift of music and share with a friend.. 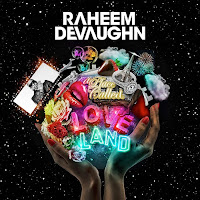 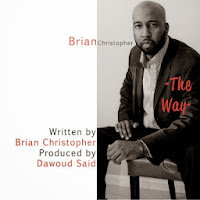 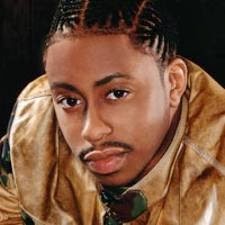 The son of jazz cellist Abdul Wadud, Maryland-based R&B vocalist Raheem DeVaughn kicked his career into gear after initiating a series of independent releases, aided in part by the cash reward earned from winning a talent contest. Jive became interested, signed him, and released The Love Experience in June 2005. The album peaked within the Top 50 of the Billboard 200 album chart, with the singles "You" and "Guess Who Loves You More" regularly spun on some of the more adventurous R&B stations across the U.S. Love Behind the Melody followed in January 2008. Its first single, "Woman," was his biggest hit yet and was nominated for a 2008 Grammy in the category of Best Male R&B Vocal Performance. A year later, "Customer" was nominated for Best R&B Song. Led by the late-2009 single "Bulletproof," featuring Ludacris, DeVaughn's The Love & War MasterPeace -- featuring much more socially conscious material than the average contemporary R&B release -- surfaced in March 2010, debuted at number nine on the Billboard 200, and received a Grammy nomination for Best R&B Album. DeVaughn went independent for his fourth album, A Place Called Love Land, which was released in September 2013. ~ Andy Kellman, Rovi
Posted by Mickey Nold