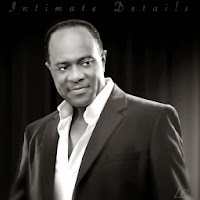 On the Science of Soul this week I feature Lionel Cornelius., who's upcoming project "Intimate Details" promises to be one of THE great albums of 2013. Lionel has spent a lot time on this project...and it I think it shows. The songs that are included in the program really showcase Lionel's talent,  a real Soul man - no gimmicks or studio trickery, just great songs delivered with style and Soul. I have to confess if the song "Hey There" had been vinyl I would have worn it out by now! It's certainly in my Top-5 of 2013, and when you consider this year has been so great for Soul music, then that just shows you the quality of this project and  I hope you enjoy it as much as I have.

You may notice that the S-O-S now as a sponsor: The New York entrepreneur David Marquis, who's new cologne Rise is about to hit the market has joined the S-O-S family and will be our official partner during the month of October. I would like to thank David for allowing us to be linked to such an enterprising and prestigious brand and helping the S-O-S to reach even more people.

Thanks to all the people sent me Facebook messages and emails, it's really great to get feed back because as I always say the program is your show and  I'm just lucky enough to get to present it.  The Listeners Choice this week comes from a lady who as been with us pretty much from the start, that's Julie Hill, seems we get a lot of female listeners!...it just shows as Curtis Mayfield once said; "The Womans Got Soul". Julie has proved that statement, Temptations, Teddy and The Dells, yes it really don't get much better. Remember if you would like to pick your 3 tracks then you can get me at bill.randle@thebridgeradio.net or alternatively just visit my the Facebook page.

I have new music this week from Lady L and Giovanca, I'll also be featuring Giovanca's album in the next couple of weeks. Seems people really like the Gospel Spot in the show and this week I have the title track from Isaac Carrie's album "Uncommon Me," you might remember I played played "Chances" from this set a few months back I hope you enjoy this track as much. Sad news in  with the death of GQ member & bass player Keith Crier (29-09-13), aged 58, he had also been in the band The Rhythm Makers. That's about it from me so as usual please sit back and enjoy the music...and remember please give the gift of music and share the Science of Soul link.  [The Bridge FM page readers click 4 Podcast]


Hour One
Hamish Stuart - Reach You 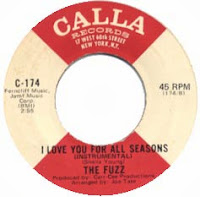 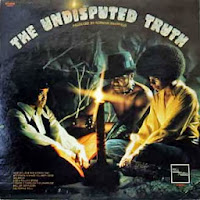 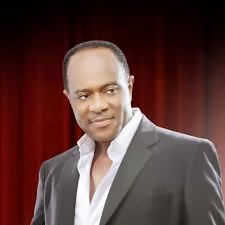 Smooth, sultry, and soulful vocalist, producer, songwriter, & instrumentalist, Lionel Cornelius (LC) is the youngest member of the multi-talented Cornelius family which includes the 70’s performing artists, Cornelius Brothers & Sister Rose. Lionel began singing and playing the trumpet and piano at the age of 5. At that time, he began entering local talent shows and later performed with his brothers in the group, The Power House Band. Lionel was discovered and hired as an extra for the TV series, Miami Vice. After working two episodes as an extra, Lionel was interviewed and cast by Michael Mann to work alongside Clarence Williams III in the "Tale of the Goat” in his first supporting role. Lionel's passion for the stage still exists today as he returns to the music industry with his debut single, “Seriously in Love.” While working on his first solo project in 2011, Lionel was selected by Mr. Fred Cash as the lead vocalist for The Impressions, but decided to pursue a solo career instead. In 2012, Lionel won the the NAR Realtors® Got Talent Contest and was nominated for a Carolina Music Award for Best Male R&B Vocalist in 2013. Lionel has also held the #1 spot on ReverbNation’s Singer Songwriter chart for Charlotte, NC. Lionel is the owner and CEO of Lionel Cornelius Entertainment, a subsidiary of Lionel Cornelius Enterprises, Inc founded in 2001. LC Entertainment provides multimedia entertainment services including recording, production, post-production (music, video, film), artist management, and digital music sales. (reverberation)