At the dawn of 2013 my mind drifts back to a conversation I had over twenty years ago with a well known music executive in Los Angeles, he predicted that within five years there would be no independent record label's as and they could not compete with the power of  the majors. The multi-million dollar budgets available to promote new artist's and product would ensure that the public would buy what ever was forced upon them. The power of the music video made it more important that an artist or group looked a certain way...that far out-weighed their talent. After all we are at a time when technology makes it possible for pretty much anyone to sound good in the recording studio,the new artist's rarely perform live and on the odd occasion they do its no problem they would just lip sync, it had been done on TV shows for years.

Thankfully the music mogul's underestimated the intelligence of the music buying public and that of the REAL artist's. I use the term REAL to distinguish between the ones who were concerned about there studio time budget rather than there video shoot music as a longevity that video can never capture. 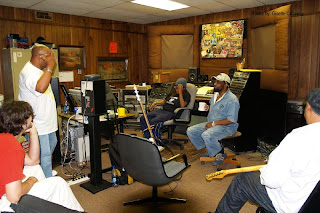 To a major degree we owe a lot to the rappers who by passed the mainstream. They cut there tracks in there often, home studio's then pressed up there own product, booked there own gig's and sold the music direct. Doing it this way they controlled their own money and retained artistic control. It was the major's that forced this to happen! You see creative people are by nature creative and they just find ways of adapting.
All this brings me back to the dawn of 2013 ....a time when Independents are still around producing music that as a 'shelf life'. Of course their aim is to make money but they do it with integrity and are proud of the music they produce. The albums continue to sell for years after the initial release and new fans discover the music that was there all the time. Creativity is a force of nature and therefore can not be stopped....... sit back and enjoy as we explore the music that has and continues to flow from College Park Georgia the home of Wilbe Records.....TRUE SOUL SURVIVORS.

Written and produced by Bill Randle & Mickey Nold for Science of Soul Productions Special Thanks to Mr Larry Eaglin & Mr William Bell without you guys there would be nothing to write.